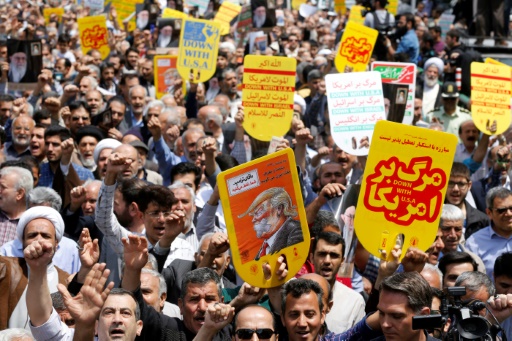 President Donald Trump pulling the U.S. out of the Iran nuclear deal flies in the face of hundreds of inspections that showed Iran was meeting its end of the bargain.

It’s a move that many leaders in the international community opposed, including all other parties to the deal – France, Germany, the U.K., Russia and China. Trump’s decision has generated a firestorm of commentary about what may come next.

But what stands out to me as a researcher on energy policy and nuclear policy, is what it says about the agency that carried out the inspections – the International Atomic Energy Agency – and its mission.

In July 2015, after the Iran deal was signed, the United Nations Security Council adopted a resolution that requested the IAEA carry out the monitoring and verifying of Iran’s compliance with its nuclear commitments. Between January 2016 and February 2018, the agency conducted more than 400 site visits and dozens of unannounced, or “snap” inspections. It installed cameras and employed satellites to perform surveillance work.

The visits covered more than 190 buildings, and the agency’s investigations used hundreds of thousands of images. From this extensive activity, the IAEA repeatedly declared, up through the most recent director’s report of March 2018, that Iran was in compliance.

None of this is affected in the least by Israeli Prime Minister Benjamin Netanyahu’s recent presentation about Iran’s nuclear program, which was based on information dating from well before the Iran deal was even conceived.

And yet, Trump referenced the Israeli intelligence documents as “definitive proof that this Iranian promise was a lie,” in his speech announcing the U.S. was leaving the agreement.

By pulling out of the deal, Trump discounts the IAEA’s findings and signals to the world that he has little faith in it. As I see it, he is effectively saying it cannot be trusted to perform its most critical work in nuclear security.

Further, Trump’s action suggests that officials and intelligence agencies of all other parties to the Iran deal are gullible. Trump’s position is ironic, given that the IAEA was an invention of the U.S. It is not, however, unprecedented.

US commitment to nuclear security

What, in the end, may really stick is the repeated example of U.S. leaders invalidating a crucial instrument for preventing the spread of nuclear weapons. I would argue that Trump has deepened the world’s dangers two-fold, by walking away from a successful nuclear deal and by showing a lack of respect for a key aspect of the IAEA’s mission to stop the spread of nuclear weapons around the world.

Featured photo: AFP / STR. Iranians hold anti-US placards and shout slogans during a demonstration after Friday prayers in the capital Tehran on May 11, 2018

Scott L. Montgomery is an author, geoscientist, and affiliate faculty member in the Jackson School of International Studies, University of Washington. He writes and lectures on a wide variety of topics related to energy (geopolitics, technology, resources, climate change), American politics, intellectual history, language and communication, and the history of science. For more than two decades, Montgomery worked as a geoscientist in the energy industry, writing over 100 scientific papers and 70 monographs on topics related to oil and gas, energy technology, and industry trends.