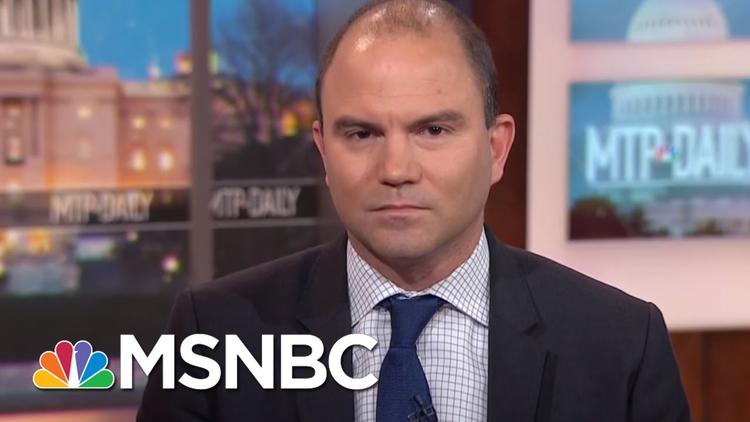 On Saturday, The Observer broke the story that soon after Trump’s visit to Tel Aviv last year, his aides initiated a dirty tricks campaign to smear Obama-era officials Ben Rhodes, Colin Kahl (and likely others) in an effort to discredit the 2015 Joint Comprehensive Plan of Action (JCPOA) or Iran nuclear deal.

Apparently the thinking was that it would be easier to convince the US public that it was right to pull out of the deal if the bureaucrats involved in crafting it were discredited. The investigation attempted to discover if they had any personal habits (drug use, chasing women) that could be used against them, or if it could be alleged that they had ever disclosed any classified information.

Especially disturbing is that the Israeli firm allegedly gathered intel on the spouses of the officials and emailed them under false pretences seeking a meeting. Family members. Did they also spy on the children?

Making policy by destroying the reputations of middle management in the government is of course highly destructive to the democratic process.

Ronan Farrow of The New Yorker now reports that the Trump aides who targeted former Obama administration officials Ben Rhodes and Colin Kahl used the Israeli Black Cube agency, the same one deployed by Harvey Weinstein to keep his many victims of sexual harassment in line. It advertises itself as being able to provide the best former Mossad agents for the job (but if they are the best why are they former?) [Update: Blackcube is rather implausibly denying this story. See appendix below.]

“Trita Parsi, the president of the National Iranian American Council (NIAC), was also the target more recently of an Israeli private security company, Black Cube, aimed at gathering personal information about the deal’s advocates among senior figures from the Obama administration.”

I mind this behavior quite a lot and fear it won’t get the traction it deserves among the press and the public.

One reason I mind, other than the dastardly skullduggery of it all, is that I’ve been at the receiving end of at least one similar conspiracy by a White House. Someone in the National Security Council in the Bush era asked the CIA to try to dig up dirt on me and to destroy my reputation as a way of discrediting my critique of the Bush administration’s illegal invasion and occupation of Iraq. Since the CIA by law cannot spy on American citizens on American soil, that action endangered the agency, which is why some appalled analysts eventually found a way to blow the whistle. Perhaps the Trumpies went to Black Cube to avoid that kind of pushback from the US intel community (which they don’t trust anyway).

But let me just let the Trump operatives in on a secret. This way is not less evil or illegal.

Some advice to Trump and the Israeli firm: using a company called “Black Cube” automatically marks you in the forthcoming Hollywood film as the evil supervillain.

The JCPOA was a 7-nation agreement between Iran and the permanent members of the UN Security Council plus Germany as an informal representative of the European Union. It cannot actually be undermined by destroying the reputations of some not very well known Obama era officials. But we live in the era of successful propaganda and the abdication of reason, based on implausible conspiracy theories. Pizzagate actually appears to have hurt Hillary Clinton despite its patina as an absinthe hallucination.

There is only one word for a sitting US administration that deploys a foreign intelligence firm linked to that of a foreign government with a vested interest in shaping US intelligence to bamboozle Congress and the US public by smearing dedicated (and as it turns out upright) public servants. That word is treason.

“It is Black Cube’s policy to never discuss its clients with any third party, and to never confirm or deny any speculation made with regard to the company’s work.

Luckily, the Mossad and the CIA are capable to deal with the Iran Nuclear deal and other issues of national security without relying on the expertise of Black Cube.

It is important to note that Black Cube always operates in full compliance of the law in every jurisdiction in which it conducts its work, following legal advice from the world’s leading law firms.”

IC responds: It has been established by Mr. Farrow that a cut-out firm that approached Harvey Weinstein victims was also used against Rhodes and Kahl, and that Mr. Weinstein employed Black Cube. A request for clarification of this rather damning connection to Black Cube has gone so far unanswered.

This posting has been updated to include the Black Cube response and the further accusations of Mr. Parsi.