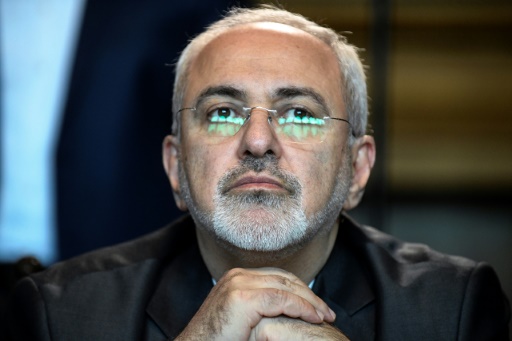 President Donald Trump announced that the US is pulling out of the Iran nuclear accord–and Iranians are really pissed.

Ayatollah Ahmad Khatami, an influential Friday prayer leader in Tehran, warned against making deals with the west “since they cannot be trusted.”

While Iran’s hardliners spearheaded those protests,Iranians of all political views united against Trump. Interviewed at the Tehran Bazaar during a recent trip, Massoud Nashebegi anticipated Trump’s action. US animosity towards Iran “is getting worse,” he told me. “It’s because we in Iran stood up to the Americans.”

Foad Izadi, an assistant professor at the University of Tehran, told me in a phone interview that Iranians are angry at imposition of new sanctions despite Iran living up to terms of the nuclear accord, known formally as the Joint Comprehensive Plan of Action (JCPOA). Iranian officials are meeting with European leaders in hopes they will defy Trump’s sanctions. But so far European corporations have started cancelling their investments rather than risk American ire.

“If the Europeans are not able or not willing to oppose Trump,” Izadi said, “then Iran will leave the JCPOA sooner or later.”

In 2015 seven countries signed the JCPOA in which Iran agreed to intrusive inspections of its nuclear power facilities in return for lifting of economic sanctions. The US, Iran, Britain, France, Germany, Russia and China reached the accord after years of difficult negotiations. The JCPOA was codified into international law by a unanimous vote of the UN Security Council.

Nevertheless, the Trump administration renounced the JCPOA and announced unilateral resumption of harsh economic sanctions in 90-180 days, setting the stage for a major confrontation with Iran.

Trump’s actions have rallied Iranians around their government. An Iran Poll survey conducted in April showed that 67% of Iranians want their government to retaliate against the US in response to any cancellation of the agreement. They want Iran to restart portions of the country’s nuclear program suspended since the accord took effect.

And Iran’s leaders are preparing to do just that, although they differ sharply on how.

Some hardliners want to withdraw from both the JCPOA and the Non Proliferation Treaty (NPT). The NPT prohibits signatories from developing nuclear weapons. Once out of the NPT, Tehran could block all international inspectors from entering the country . The US would then have a much harder time determining if Iran was developing a nuclear weapon.

Izadi said Iran is also considering how to stay within the NPT and JCPOA while sending a sharp message to Washington.

“Having a nuclear powered submarine is not a violation of the nuclear agreement,” Izadi noted. He admitted that Iran doesn’t have a nuclear submarine program. But implementing high levels of enrichment sends “a sign to the other side that Iran is not happy with all these sanctions.”

Most Iranians believe the nuclear issue is only an excuse to attack Iran. Izadi said even if Iran completely stopped its nuclear power program entirely, the US would invent a new excuse, such as Iranian support for “terrorism.” All these assertions are a cover for the US to expand its hegemony in the Middle East, he said.

“One of the primary objectives that the US has in this part of the world is to make sure that the oil that exists here is directly or indirectly controlled by the United States,” he said.

American companies once dominated Iran’s oil production. After the 1979 Iranian revolution, U.S. oil companies lost a major source of profits. Izadi said “the US wants to restore economic, political and military control over Iran as it tried to do in Iraq.”

The Trump administration is pursuing two-track military policy towards Iran. If Iran attacks Israel, the US and Israel would launch a large scale military attack. Otherwise, Trump will use harsh sanctions to worsen economic conditions for ordinary Iranians in hopes they would overthrow their government and install a US friendly regime.

“The Trump administration has no desire to roll tanks in an effort to directly topple the Iranian regime,” said SSG PResident Jim Hanson. “But they would be much happier dealing with a post-Mullah government.”

Republican neocons tried such policies during President George W. Bush’s first term, and it failed miserably, noted William Beeman, an anthropology professor at the University of Minnesota and an Iran expert.

“The Trump administration is only the latest Republican administration to advocate regime change,” Beeman told me. “Accusations that Iran was developing nuclear weapons was promulgated to convince the American public that this was desirable.”

Republican neoconservatives now play a prominent role in Trump’s cabinet as seen by the appointment of Bolton and Mike Pompeo as Secretary of State.

“The idea that creating harsh conditions would cause the population of that country to rise up and overthrow their rulers is a longstanding act of faith on the part of the US government,” Beeman said. “Iran is only the latest nation to which this bankrupt strategy has been applied.”

Military conflict with Iran has already begun. Earlier this month Israel accused Iran of firing missiles into the Golan Heights, and Israel bombed what it said were Iranian military facilities in Syria. The decision to withdraw from the JCPOA has sent a signal to the region. The prospects for military conflict have increased–whether in Syria, Lebanon or Iran itself.