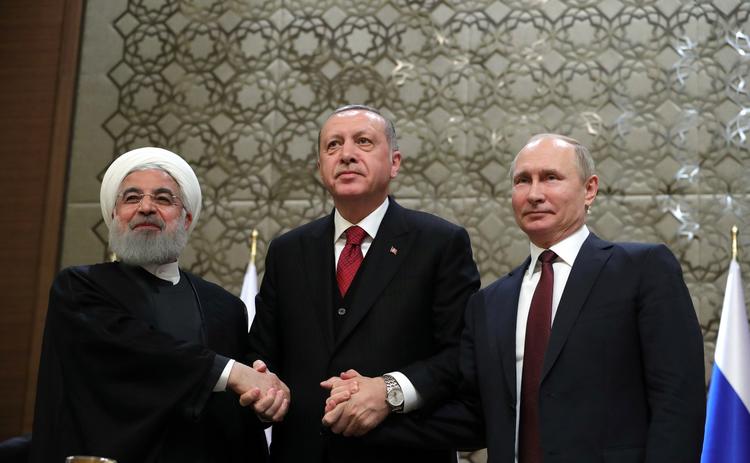 The 5th of June was the first anniversary of the Saudi-led blockade of Qatar. Imposed on the accusation that Qatar was sponsoring terrorism and destabilizing the Middle East region, the blockade came as a big shock, a bolt from the blue for the Qataris but they have managed to survive it well. Qatar’s capacity to make quick diplomatic and economic adjustments to weather the impact of the blockade has saved it from a possible collapse. The Gulf state now looks stronger than what it was before the June 2017 diplomatic standoff, even after incurring a huge financial costs of US $43 billion, according to Bloomberg.

In early February this year, Qatari Emir Sheikh Tamim bin Hamad Al-Thani dubbed the boycott a “futile crisis” manufactured by the neighboring Arab quartet of Saudi Arabia, Bahrain, UAE and Egypt. He claimed that Qatar successfully “preserved its sovereignty” by diffusing the crisis – a claim it is difficult to reject. In the past one year, Qatar neither accepted the 13-point demands of the blockaders, including the shutting down of state broadcaster Al Jazeera, scaling back relations with Iran, and expelling Turkish troops stationed on Qatari soil nor bowed to the pressures of its powerful Arab opponents. Rather, in a tit-for-tat, Qatar has recently banned Saudi, UAE, Bahrain and Egypt-made products in its domestic markets. Boycott blowback is in the offing!

The Saudi-led bloc aimed to coerce Qatar into submission under the financial stress of land, air and sea boycott. But Qatar’s two-pronged diplomatic and economic strategy to fight back the boycott has paid off. It quickly pursued deft diplomacy to find friends outside the GCC, and was equally quick to make skillful economic policies to largely neutralize the impact of the Arab commercial siege.

Qatar, despite being a tiny Gulf state, is known for its high profile foreign policy in and outside the Middle East. It has had a diplomatic reputation of “playing all sides”, including both friends and foes, to its benefits. Being a member of the GCC (created in 1981 primarily to stand up to the so-called Iranian threats) Qatar has maintained good relations with Saudi Arabia’s regional nemesis Iran, allowed Iran’s principal enemy the US to establish the Al-Udeid air base, the largest in the Middle East, outside Doha and even permitted Israel to open and operate a trade outpost in Doha in 1996, first closed down in 2000 due to Iranian and Saudi boycott threats of OIC (Organization of Islamic Cooperation) summit Qatar was hosting at the time and finally in 2009 after the Hamas – Israel winter war of 2008–2009. In an attempt to impress the Obama administration and the Europeans, Qatar also militarily participated in NATO’s 2011 air operations in Libya to dislodge the Gaddafi government, raising eyebrows in Riyadh and Tehran.

The policy of “playing all sides” proved useful for Qatar to seek powerful friends to meet new powerful foes. The old diplomatic adage – the enemy of my enemy is my friend soon came into full play. Doha’s overtures to Saudi opponents Iran and Turkey for political and diplomatic bail out did not go unheeded. Turkey was already enjoying strong ties with Qatar, partly influenced by the Muslim Brotherhood factor and partly influenced by the Erdogan government’s geopolitical drive to reach out to wealthy Gulf region. Capitalizing on a previous defense agreement with Qatar, concluded in the wake of the 2014 diplomatic crisis with Saudi Arabia and the UAE (the two countries withdrew their ambassadors demanding Qatar stop interfering in their domestic affairs) the Turks sent military contingents to defend Qatar against foreign aggressions (read possible Saudi and UAE military attacks).

Iran, in a similar way, beefed up actions to aid the political and economic defense of Qatar. It buried the hatchet with Qatar as well as Turkey over Syria, where they back up opposite sides and still maintain simmering differences. For Iran’s decision to side with Qatar, a host of strategic considerations, particularly a crack in the GCC bloc to weaken Saudi standing in the Gulf neighborhood and to foil President Trump’s bid to shore up Sunni Muslim support for military actions against Iran played a critical role. Tehran readily offered all-out help – the shipments of food items, the use of Iranian airspace by the Qatar airways and the transition facilities for Turkish goods and services transferred to Qatar through Iran. Iran’s support was no doubt highly critical to Qatar’s survival at the initial “shock and awe” stage. A friend in need is a friend indeed!

On the economic front, Qatar did not experience any crack or crisis so far due to its enormous oil and gas resources, and successful rerouting of trade links with Iran, Turkey and Oman, in particular. It is the world’s largest exporter of LNG (liquefied natural gas) and has access to a nearly infinite gas reserve in the Persian Gulf, which it shares with Iran. With a 77 million tons of LNG production per annum, Qatar is a vital player in the world energy markets and plans to hike its LNG output to 100 million tons between 2022 and 2024 – a factor that discouraged LNG-dependent countries not to cut off diplomatic relations with Doha, notwithstanding the Saudi-led bloc’s campaign to isolate the Gulf state. Its sovereign wealth fund, a huge financial cushion of $320 billion managed by the Qatar Investment Authority, provided the Qatari government with the required liquidity to keep its financial institutions floating and to contain the economic costs of the blockade.

Recalibrating trade relationships with and finding alternative markets in Iran, Turkey and Oman as primary sources of imports were the much needed safeguards for the Qatari economy. In fact, Qatar is experiencing a trade boom with Iran and Turkey. Iran – Qatar trade went up 137% in the last fiscal year (March 2017 – March 2018), with Iran’s exports to the Gulf state hitting at a 140% growth. The value of Qatar – Turkey trade stood at $1.5 billion in 2017, pushing up the growth rate to 30% since the onset of the diplomatic crisis. Virtually, Iran and Turkey are shipping most consumer items to the Qatari markets, which Saudi Arabia supplied previously.

The Saudi-led bloc has apparently made no big gains from its anti-Qatar drive, while its losses are piling up. Prince Mohammed bin Salman, who is widely seen as the architect behind the drive, is frustrated to see that Qatari economy did not break, it is out of the orbit of the GCC and well into the arms of Iran and Turkey. His policy to keep Iran out of the affairs of the Arabian Peninsula (the justification for the attack on Yemen), after failing to contain Iran’s influence in Iraq and Syria, has, in fact, brought Iran much closer to the Peninsula. So long Syria was Iran’s only strategic Arab partner but now there are two – Syria and Qatar. The list may get bigger in the future creating real problems for the Saudi-US-Israel alliance to put up a united GCC front against Iran. Recently, Qatar has publicly declined to “fuel a war” with Iran the Saudis, the Israelis and the Trump regime are threatening to roll back Iran’s regional influence.

The possibility of Qatar’s realignment with the Arab quartet, by way of reducing ties with Iran, looks slim as well. There exists an irreducible chasm in their mutual trusts, as the Qataris see the Saudis as a serious source of security threats, as next door aggressors. Qatari defense minister Khalid bin Mohammad al-Attiyah revealed in February that the Saudis and the Emiratis had intended to invade Qatar at the beginning of the diplomatic rift to effect regime change in Doha. Reportedly, the invasion did not go ahead in the face of America’s strong disapproval. A return to GCC solidarity in the near future, after bridging the mistrusts and threat perceptions, remains a far cry.

Qatar’s perceptions of security threats from Saudi Arabia and the UAE have negatively pushed it down the road to join the arms race in the Gulf region. The Saudis are known for concluding defense deals with the US, the UK, France and Germany in recent years, worth hundreds of billions of dollars that made them the world’s fourth largest spender in arms (a total of 8.2% of world imports). Qatar entered into the fray after the blockade – a switch from soft power (investments in development, energy wealth, global broadcasting, companies and properties in Europe and America) to hard power. It signed a lucrative $12 billion arms deal with the US to buy fighter jets soon after the crisis had sparked and another 12 billion euro deal with France to buy fighter jets and armored vehicles.

The arms purchases strengthen Qatar’s sense of security, they also ratchet up tensions in the Gulf region. Just days ago, Saudi King Salman bin Abdulaziz has threatened to attack Qatar unless it abandons the planned purchase of Russia’s S-400 air defense systems. Rising tensions and war-like situation between Qatar and the Arab quartet, and between Iran and its foes – US, Saudi Arabia and Israel may end up in another major disaster for the entire Middle East region.