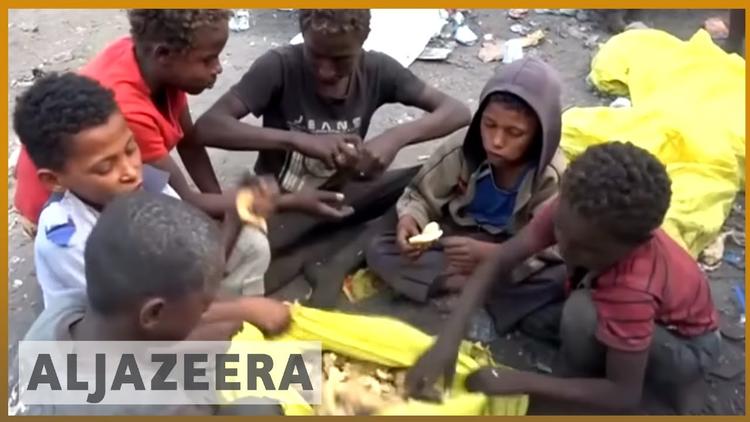 Clashes between troops backed by a Saudi-led coalition and the Iran-aligned Houthis intensified near Yemen’s Hudaydah over the weekend as the United Nations tries to negotiate a ceasefire to avert a possible assault on the main port city, military sources said.

A military attack or siege on the Houthi-held western city, long a target in the war, could cost up to 250,000 lives, a senior UN humanitarian official has warned. The Red Sea port is a lifeline for eight million Yemenis, handling most of the country’s commercial imports and aid supplies.

Heavy fighting erupted on Friday and Saturday in al-Durayhmi, a rural area where Emirati-led troops are now 10 km (6 miles) south of Hudaydah , and in Bayt al-Faqih, 35 km from the city, local military sources said. Coalition warplanes and warships launched strikes targeting the Houthis, they added.

A spokesman for the Western-backed alliance of mostly Gulf states did not immediately respond to a request for comment.

UN Yemen mediator Martin Griffiths has been holding talks with the Houthis to hand over control of the port to the United Nations, Yemeni political sources have said.

A broader UN peace plan calls on the Houthis to give up their missiles in return for an end to a coalition bombing campaign and a transitional governance deal, according to a draft document and sources.

Previous UN efforts have failed to end the more than three-year-old conflict which pits the Houthis, who seized the capital Sanaa in 2014, against other Yemeni forces backed by the alliance loyal to exiled President Abd-Rabbu Mansour Hadi and led by US allies Saudi Arabia and the United Arab Emirates.

Three civilians were killed in the south of Saudi Arabia from a missile launched from Yemen, state media reported on Saturday night, the latest in a series of ballistic missiles fired by the Houthis into the kingdom.

Riyadh says the Houthis use Hodeidah to smuggle Iranian-made arms into Yemen, accusations denied by the group and Tehran.

The alliance has conducted thousands of air strikes since it intervened in the war in 2015 and has often hit civilian areas, although it denies ever doing so intentionally.

The war has killed more than 10,000 people, displaced three million and unleashed the world’s most urgent humanitarian crisis in the impoverished Arab state which is struggling with a famine and cholera epidemic, according to the United Nations.