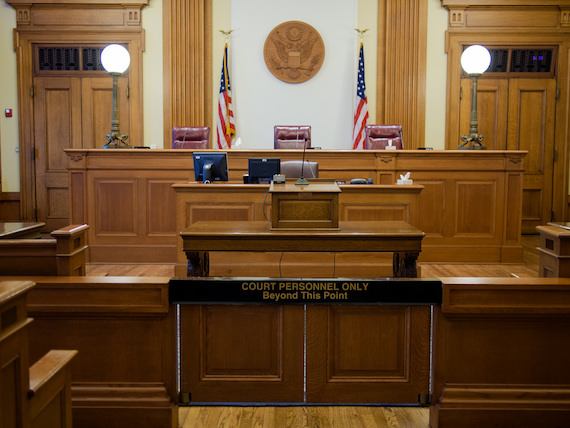 Washington, D.C. (Otherwords.org) – Shortly after Donald Trump was awarded the presidency by our perverted and antiquated electoral system, I got desperate calls from some normally non-political family members and friends. They wanted to know what they could do to counter the governing debacle they knew would come. Most asked where they could give money.

I had only one answer: “Give to the litigators.”

While think tanks and policy shops are also a much-needed resource in a democracy, groups that directly challenge the government in court can sometimes stop the worst excesses — or at least slow them down until a regime change.

My list was short, but included groups active in areas I thought were most threatened. I recommended the ACLU, Planned Parenthood, the Human Rights Campaign, Earth Justice, the Mexican American Legal Defense Fund (MALDEF), and the NAACP as some of the most likely to tackle the coming challenges not only to established law, but to common sense and decency.

Like most folks, I like to be right. But this time there was no joy when those challenges arrived like a barrage of incoming missiles from multiple directions.

The Trump administration’s move to block funding to global groups that provide any sort of abortion counseling — often including contraception — came only three days after Trump’s inauguration.

Dismantling regulations on other fronts was no less drastic. In his first year alone, Trump overturned 33 environmental regulations ranging from decisions on the Keystone XL and Dakota Access pipelines to migratory bird protections, and 24 more were on the chopping block.

The Muslim travel ban, the ban on transgender individuals serving in the military, and ending DACA were just the most prominent of the dozens of other rollbacks that came almost daily and have never let up.

But I was also right on another front, and on that I can take heart. Litigators quickly stepped up to delay — and maybe eventually end — the abuses.

Human rights and immigration groups jumped in immediately when Trump issued his travel ban, even showing up at airports to aid stranded immigrants. They were successful in stopping the worst excesses and delaying a much watered-down partial ban for several months. Even as the partial ban took effect they pressed on, and if the Supreme Court ultimately overturns it, it will be thanks to them.

Environmental groups have so far stalled Trump’s planned pipeline building, and predict their lawsuits will delay it until he is out of office, and possibly forever. Similarly, advocates for gender justice quickly filed suit when Trump announced the transgender ban, and they believe it will be overturned permanently in the next few months. And DACA defenders including MALDEF, the NAACP, and attorneys general from several states continue to block the Trump administration’s attempt to kill the program.

The administration’s latest attack on reproductive rights comes in the realm of federal support for family planning services and other preventive health care for low-income, under-insured, and uninsured individuals. New guidelines will support groups that advocate the risky “rhythm method” and the discredited “abstinence only” education over more conventional and effective contraception.

It’s widely seen as another backdoor attempt to defund Planned Parenthood, a major provider of sex education and birth control nationwide. So Planned Parenthood and the ACLU have filed suit to stop implementation.

On balance, all of this is heartening progress given the considerable challenges of dealing with an unpredictable and malicious head of state. At least until voters engineer a regime change.

Martha Burk is the director of the Corporate Accountability Project for the National Council of Women’s Organizations (NCWO) and the author of the book Your Voice, Your Vote. Follow Martha on Twitter @MarthaBurk.