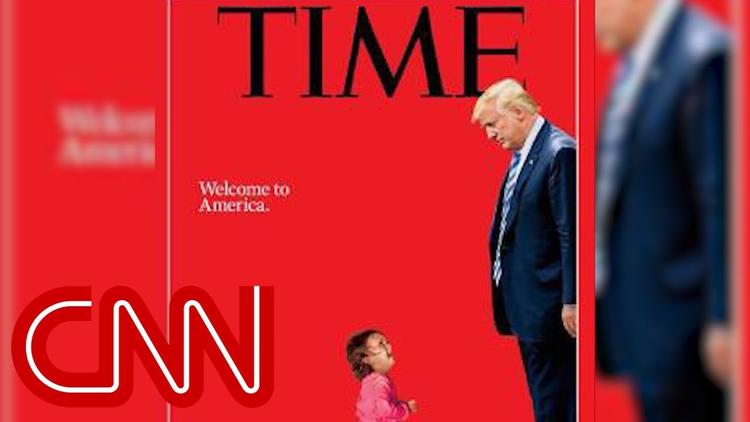 Trump campaigned in 2016 on being tougher against radical Muslim movements such as ISIL, al-Qaeda and Boko Haram. He even went so far as to blame all of the world’s 1.8 billion Muslims for these tiny groups (which have largely been defeated by other Muslims).

But one of the horrible practices of these radical groups was stealing children from their parents– especially female children, and making them disappear into social death.

Social death is a conception put forward by Orlando Patterson to help define slavery. Slaves are cut off from their families on a permanent basis.

The mass kidnapping of girls in northern Nigeria received little attention among the US public, and Michelle Obama attempted to raise public awareness with the hashtag #bringbackourgirls . She was criticized by the American Right wing for resorting to an internet meme when her husband fully had the ability to do something practical about the problem (though of course the actual Republican Party would never have allowed a large scale conventional Obama intervention in Northern Nigeria).

While Trump’s family separation policy was not necessarily designed to be permanent, it was designed to last for potentially a long time. How long would it take to find the parents who had entered the US without documentation guilty? To have them serve time and then be deported? How long would the children be in concentration camps or on military bases? It is a sort of short term slavery to which the children would be subjected.

The children are being drugged and at danger of abuse. Of course Trump is not doing exactly what ISIL or Boko Haram did. But that he is doing things that make at least something of a comparison compelling is shameful enough.

Now it transpires that the Department of Homeland Security (which is lying to us assiduously) cannot even account for the whereabouts of the children taken, who have disappeared into a huge bureaucratic gulag. One Federal judge expressed astonishment, pointing out that arrestees are given a receipt for their personal property when sent to jail but that the parents here don’t appear to have been given a way of rediscovering their children. The militarization of the situation only makes it seem more like an Islamic State operation.

Now El Salvador is demanding that Trump bring back its child.

Trump keeps trying to take credit for the Obama strategy of defeating ISIL, which was actually carried out by Syrian Kurds and by Iraqi Shiites and the Iraqi National Army, i.e. by Muslims.

The irony is that he himself exemplifies the hatred of outsiders and the disregard for the rights of innocent women and children that made such groups as ISIL and Boko Haram such an anathema in the Muslim world. Both have been implementers of social death on a large scale.