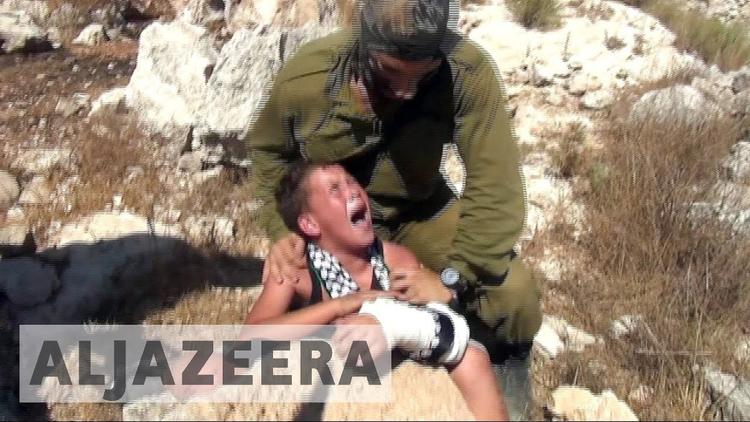 The Trump administration decision to treat all undocumented immigrant families, including asylum seekers, as criminals has led its officials to rip large numbers of children away from their parents and place them in detention centers. Even the Bush administration had not routinely treated all undocumented immigrants in that way. Children in Federal detention centers at the border typically had been unaccompanied or their parents had committed some serious crime beyond that of trying to get into the US.

Presidential spokesperson Sarah Sanders tried to insist to journalists on Thursday that this procedure was necessitated by the law. It is not. It is the result of an executive decision of Trump. His attorney general Jeff Sessions explicitly cited the family separation policy as a bid to deter families from seeking to slip into the US.

In justifying the new and callous policy, which resembles slavery-era practices of selling children of slaves down the river, Sessions quoted the letter of the apostle Paul to the Romans on obeying the law.

All this reminded me of something and I finally figured out what it is.

Israel has some 300-400 Palestinian children in its jails.

While many of these minors have been arrested for protesting and rock throwing, others were simply in the vicinity of such an act of resistance to military Occupation of their land by a foreign power.

At least six of the minors currently in Israeli jails are undocumented Arab youth (perhaps Palestinians displaced to Jordan or Syria who came back to visit relatives). Israel, like Sessions and the Trump administration, considers attempts to immigrate into the country illegally to be a felony. The irony, of course, is that Israeli squatters on Palestinian land in the West Bank are treated by the Occupation Army as legitimate, while families who have lived there for thousands of years are now viewed by the Israeli government as somehow out of place.

A B’Tselem report from March observes,

“More than 40% of the minors arrested were taken from home in the middle of the night, after being woken up.In some cases, the arrest is carried out quietly: soldiers knock on the door, wait for it to be opened, ask a few questions, tell the parents to wake up their son, and allow him to get dressed.”

It continues, after noting the terror this procedure strikes in the hearts of these ordinary Palestinians,

“With rare exceptions, the soldiers handcuff the minors as soon as they arrest them, or immediately after leaving the home. The reports indicate that in about 80% of the cases, the soldiers also blindfold the minors. In this state, the minors are then transported . . . Many of the minors reported that during transit, soldiers swore at them,
threatened them and even beat them.”

The Israeli army takes away the children, sometimes in the dark of night, without informing the parents of the minors.

Once picked up by the soldiers, whether from home or on the street, the minors are cut off from their lives and their parents. No one tells them or their parents where they are being taken, what is going to happen to them, or when they will be able to return home. In about 90% of the cases in which the minors were taken from their homes, the soldiers did not inform the parents of the reasons for their son’s arrest, where he was being taken and when they could see him . . .

70% of these vital Palestinian young people report being subjected to physical violence.

Because they are not allowed out on bail but kept in prison from the moment of their arrest, these children are often quite willing to sign false guilty pleas, just to get the ordeal over with.

Israel’s religious Right justifies the oppression of the Palestinians with reference to the Bible, just like Sessions.

So there you have it. The US is gradually adopting the procedures of the Israeli far right.

Those liberal Israel boosters who hate Trump and his ilk, and who want to protest against the arrest of minor children as a matter of policy, have a problem of hypocrisy.