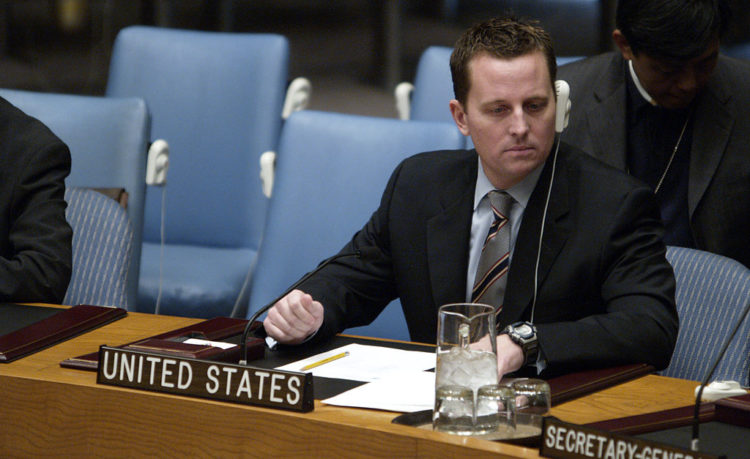 Berlin (AFP) – A member of the German government on Tuesday accused the new US ambassador in Berlin of meddling in domestic politics and aggravating already tense ties, as left-wing parties called for the staunch ally of Donald Trump to be expelled.

Richard Grenell took up his Berlin posting on May 8 and immediately irked Germany when he tweeted the same day that German companies should stop doing business with Iran as Trump quit the nuclear deal with the Islamic Republic.

He stoked further outrage last weekend with reported comments to right-wing news website Breitbart of his ambition to “empower other conservatives throughout Europe, other leaders.”

Grenell also raised eyebrows with his plan to host a June 13 lunch for Austria’s arch-conservative Chancellor Sebastian Kurz, described by the US envoy as a “rock star.”

The ambassador “is interfering in our internal affairs,” said Peter Beyer, coordinator for transatlantic cooperation in Angela Merkel’s government, in an interview with regional newspaper the Rheinische Post.

“He should pay attention to the fact that we consider his start as ambassador to be difficult,” added the conservative politician, who will be present on Wednesday for a visit by the diplomat to the foreign ministry.

Former chief of the Social Democratic Party and ex-European Parliament president Martin Schulz told national news agency DPA: “What this man is doing is unheard of in international diplomacy.

“If a German ambassador were to say in Washington that he is there to empower the Democrats, he would have been kicked out immediately.

“I hope that Kurz’s visit will lead Mr Grenell’s tenure as ambassador in Germany to be short,” added Schulz, playing on the German word for short — “kurz.”

Schulz had earlier tweeted that the US envoy did not behave like a diplomat but rather like a “far-right colonial officer.”

Amid the row, Germany’s foreign ministry is seeking clarification from Grenell about his comments, with the topic to be raised at a pre-arranged meeting Wednesday between the envoy and senior official Andreas Michaelis.

“There will certainly be a lot to discuss and that’s why it’s good that the ambassador will be a guest tomorrow of state secretary Michaelis,” said Foreign Minister Heiko Maas.

But in Washington, the Trump administration was standing by its controversial envoy.

“Ambassadors have a right to express their opinion,” State Department spokeswoman Heather Nauert told reporters who asked whether Grenell had expressing the views of the administration.

“They’re representatives of the White House, whether it’s this administration or other administrations, and we hear them voicing their opinions,” she said.

“And they’re sometimes opinions that people may or may not like. And there is the right to free speech as well.”

The appointment of Grenell, a hawkish supporter of Trump’s “America First” stance, was long held up by US senators who objected to his allegedly disparaging tweets on female politicians and apparent refusal to take seriously claims of Russian meddling in the US election.

The controversy comes as ties between Germany and the United States are strained after Trump ditched the Iran nuclear deal and imposed punishing tariffs on European aluminium and steel.

Underlining the souring transatlantic relationship, Merkel has warned that Europe can no longer rely on the US to protect it and must “take its destiny into its own hands.”

Politicians in the US too baulked at Grenell’s comments.

The US wants to prevent “the European Union from further integrating and becoming a stronger political and economic power,” Hardt told broadcaster hr-Info.

Although Merkel herself belongs to the conservative camp, commentators said Grenell was not trying to bolster the chancellor’s party base, but rather its opponents from the far-right.

“It is bad enough if that’s what he is thinking, let alone saying it,” said the daily Berliner Zeitung.

Media outside Germany also weighed in, with Washington Post columnist Anne Applebaum arguing that Grenell clearly intended to back “nativist, pro-Russia and anti-pluralist” forces in Europe.

Grenell had certainly fulfilled his task if he was sent to Germany to destabilise Merkel’s coalition or the Atlantic alliance, she said, “but if those are not his orders… then a different set of questions has to be asked.”

“Why is the US ambassador in Germany giving an interview to Breitbart? Why is he involving himself in partisan politics? For that matter, why is he an American ambassador at all?” Applebaum added.

The Financial Times urged Berlin to respond to Grenell’s “undiplomatic behaviour” by holding its line on adhering to the Iran nuclear deal, responding firmly to US tariffs as well as stepping up to its defence responsibilities.

Hui Min Neo is the AFP correspondent in Berlin. Her reporting has appeared in The Daily Star, Dawn, and the Mail & Guardian (South Africa) among other international newspapers.