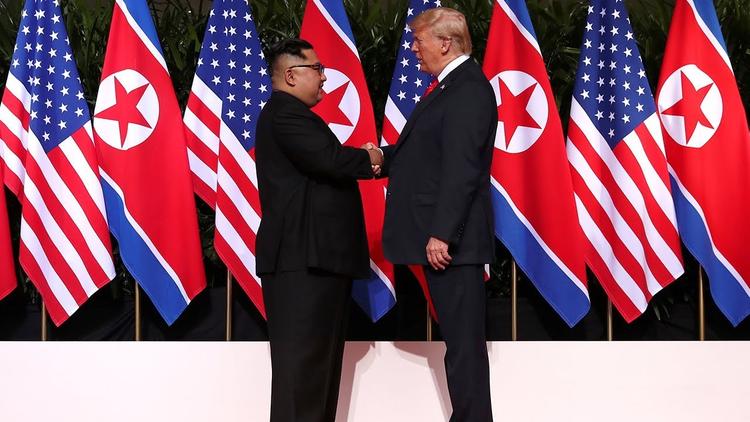 The depths of hypocrisy of the Republican Party in supporting Trump’s meeting with the North Korean dictator in Singapore are hard to plumb. This is a party whose leading members adopted the Ostrich Foreign Policy Principle for decades. If you don’t like a country’s government or political and economic system, pretend it does not exist.

One of the concerning developments on the internet is that hypocrisy, which was probably the ultimate Cool Meme in the zeroes of this century, no longer rules. Maybe it is just scandal fatigue from the combination of profound corruption and attention deficit disorder characterizing Washington under Trump. But, well, we have to keep on slogging.

There was that time when Sen. Ted Cruz and other Republicans lambasted Obama for visiting Cuba while there were still political prisoners in that country. So the principle is, no talks with leaders who have prisoners of conscience in their jails? Trump has broken that principle every which way from Sunday. Sen. John McCain even compared Obama’s handshake with Castro to the Hitler-Chamberlain meeting. Seriously. That’s what he said.

Then there was that time when prominent Republicans slammed Barack Obama’s Secretary of State John Kerry for his direct talks with Iran’s foreign minister Mohammad Javad Zarif. Sen. John Barrasso, R-WY and a member of the Foreign Relations Committee, said, “I have a lot of concerns about Secretary John Kerry and his buddy-buddy relationship with Zarif and other people around the world.”

In 2008 when Obama was still running for president, one of his foreign policy advisers, Daniel Kurtzer, went to Damascus and met with Bashar al-Assad’s foreign minister. Sen. John McCain slammed Obama for the overture to the al-Assad regime: “If one of Senator Obama’s advisers has been to Damascus, we just wonder how many have been to Tehran.”

And, of course, when Barack Obama was running for president in 2008 and pledged unconditional talks with North Korea among other countries, he was pilloried by conservatives– the same ones who now demand a Nobel Peace Prize for Trump for meeting with the North Korean president without preconditions.