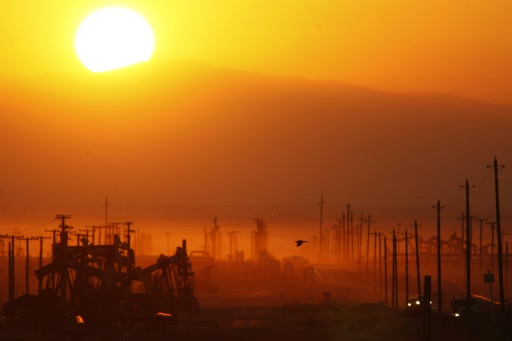 Tampa (AFP) – The US oil and gas industry leaks 60 percent more methane than official government estimates, a report said Thursday, warning of this potent greenhouse gas’s effect on the environment.

US industry emits some 13 million metric tons each year, far more than the amount estimated by the US Environmental Protection Agency (EPA), said the findings published in the journal Science.

The dollar value of the lost gas amounts to $2 billion, said the report compiled by more than 140 researchers, in cooperation with 50 oil and gas companies that provided site access and technical advice.

“Reducing methane emissions from the oil and gas sector is the fastest, most cost effective way we have to slow the rate of warming today, even as the larger transition to lower-carbon energy continues.”

Methane is the main ingredient in natural gas, and packs more than 80 times the climate warming impact of carbon dioxide over a 20-year timespan, experts say.

Natural gas is a fossil fuel that emits less carbon dioxide than oil or coal, but its efficiency depends a lot on keeping methane leaks to a minimum.

Some oil giants have already begun to recognize the problem and take action.

Researchers said the reason for the discrepancy between US government estimates and actual emissions “is likely a result of existing inventory methods not capturing methane emissions that occur during abnormal operating conditions, like malfunctions.”

Featured Photo: GETTY/AFP/File / DAVID MCNEW. Natural gas is a fossil fuel that emits less carbon dioxide than oil or coal, but its efficiency depends a lot on keeping methane leaks to a minimum.