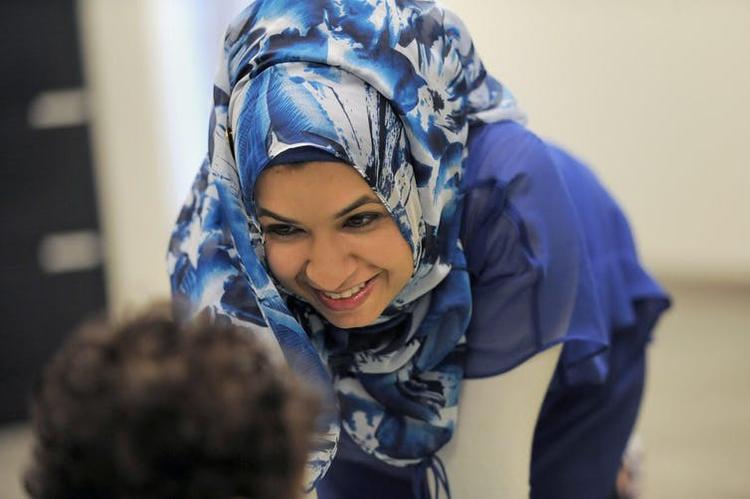 Detroit (The Conversation) – War in Syria and the refugee crisis have been the subject of a heated debate in United States politics, leading to a travel ban and drastic reduction in the number refugees to the U.S. this year. We occasionally hear about brutal deaths and starvation of civilians in Syria from the news, as a far concept happening in another world. This is a group of people who may justifiably feel betrayed by the world. 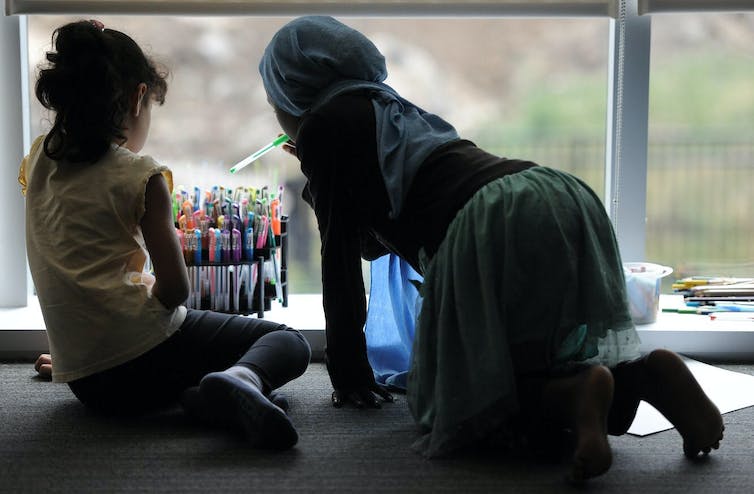 
But what do we know about those who made it to the U.S. before the travel ban? How hard were they hit by the horrifying experience of war, torture and living in refugee camps? And how are they coping with years of exposure to trauma and stress prior to arrival in the U.S. and the stress of migration?

Our research team, Stress, Trauma, and Anxiety Research Clinic STARC at Wayne State University, has been exploring the psychological impact of traumatic experiences in Syrian adult and children refugees. We believe our findings underscore the need for immediate attention to the mental health of this population.

Their experience before landing in the US

Before the civil war, Syria was a relatively stable country. In a short period, Syrian civilians found themselves in the chaos of a very confusing disaster. Access to food, water and medical care became extremely limited, and people survived – and still do – day by day.

It is hard to know which group is fighting which, and what they want from civilians within their momentary territory. Children and adults are often exposed to explosions, direct threat of death, sight or news of death, mutilation, or torture of their loved ones.

Those who had enough resources to leave, and the luck of surviving the flight, ended up in refugee camps in Turkey, Greece or other nearby countries. There, they often lived in terrible conditions for a couple of years, having left their dead or living family members and belongings in Syria.

A very small group, who have gone through a detailed vetting, have ended up in European countries, and a much lower number have in the U.S. (less than 0.5 percent). Those who end up in the U.S. have been in a camp for about a couple of years. So, despite what some may believe, getting a refugee status in the U.S. was not easy before the travel ban.

What is post-traumatic stress disorder?

PTSD is often accompanied by depression, which by itself is one of the most debilitating medical conditions. One could imagine how hard it is for a person with the above symptoms, to venture out and explore the new environment, which is an important behavior needed for successful assimilation.

What do we know about their mental health?

Focus of resettlement of Syrian refugees has been on immediate minimum housing and financial and physical health care needs. Mental health, which requires greater language and cultural familiarity, has typically not been a priority before and after arrival in the U.S.

Our bilingual team at STARC, many of whom are refugee doctors, took the challenge of screening Syrian and Iraqi refugees for common consequences of exposure to extreme traumatic experiences and stress of migration. Screening happened within the first month of arrival in the U.S., after a mandatory physical health screening.

Our findings are alarming: 1 in 3 men and women screen positive for PTSD (similar to the lifetime prevalence in Vietnam War veterans), nearly half show a high level of depression, and half exhibit high anxiety. Half of children show high anxiety. Nearly 80 percent separation anxiety in children restricts their ability to go to school and explore their new world. The number one concern expressed by teachers is their difficulty attending school because of high separation anxiety. This is especially critical because cumulative research shows serious negative effects of untreated childhood trauma on mental and physical health in adulthood.

What are we doing for them?

The situation of refugees is complicated by chronic stress of migration, lack of resources, and difficulty navigating the complicated U.S. medical system.

Despite the unwelcoming attitude of the current administration toward Muslim refugees, the state of Michigan has been more hospitable, providing support for a few projects addressing trauma in refugees. Our group has focused on less costly, more easily disseminated methods of addressing stress, specifically for children.

With support from the state and a few foundations, and in collaboration with the community, we provide mindful yoga to mothers and art, dance and movement therapy for children in a culturally familiar context, with a focus on emotional stress. Our pilot data shows feasibility, participation by refugees and community building. These interventions have led to reduction in symptoms of stress, especially separation anxiety symptoms.

One of our most touching experiences was when we learned that a Holocaust survivor wants to donate to our research. “I identified with them and I identified with the children. My heart was breaking for these people, so it brought back memories. I was a refugee child,” the person told us.

Migration has always happened for happy or sad reasons, and it will continue. We can do a lot to protect the refugee families, and those children who will be future American adults, against the profound lifelong negative impact of trauma, depression and forced migration. These measures can assure a productive, functional and well-assimilated future for them. We as citizens may have to take charge and make that decision, before it is too late.