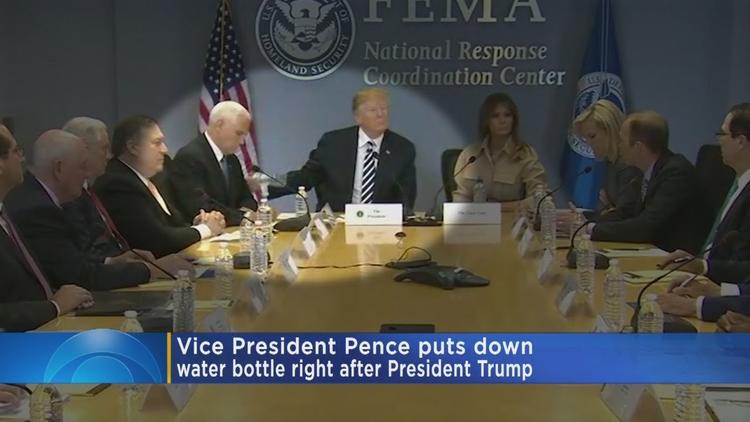 “President Trump, Vice President Pence, and disaster officials with FEMA met in Washington yesterday for a briefing on the 2018 hurricane season. But it’s this video that’s gaining a lot of attention. (1:04) WCCO This Morning – June 7, 2018.”

Mike Pence mirroring the boss with a zeal Saddam Hussein's courtiers would have nodded approval of and Melania sitting there looking lobotomized and staring into infinity. There is some seriously weird shit going down inside the Fuhrer bunker as the allies move ever closer.