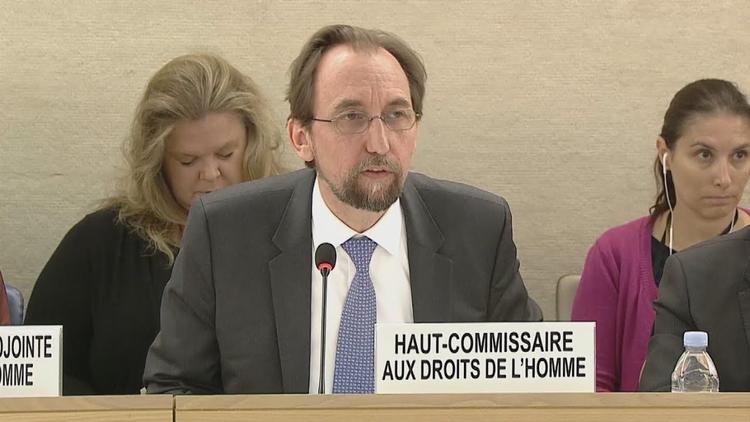 Ann Arbor (Informed Comment) – The Family Separation Policy that Trump has “temporarily” set aside (in favor of indefinite detention of entire families) has in some ways obscured what is really going on in Trump’s refugee policy overall. In essence, the Trump administration is attempting gradually to abolish the acceptance by the US of asylees, in stark contravention to US treaty obligations (and hence to domestic US law).

From Oct. 15 to present, 2017-2018, only 15,383 refugees were legally admitted to the US. By the way, in previous years up to 40% of those given asylum were Muslims, but almost none of those recently admitted are. Refugee rights organizations reckon that the US will accept only 25,000 refugees this year, down from 110,000 in Obama’s last year. Trump had reduced the ceiling for refugees to 50,000, but has put in place obstacles to the process that result in only half that number coming in. These measures are being taken at a time when the world refugee crisis is more acute, with 68 million displaced, than at any time since World War II.

The United States never signed the 1951 Convention on the Treatment of Refugees, which concerned the refugees created through WWII, but it did sign the 1967 Protocol to that treaty, which commits it to abide by articles 2-34 of the Convention and to apply its provisions to those made refugees after WWII. The Protocol binds Trump to act in concert with the UN High Commissioner on Refugees, who has just denounced . . . Trump.

When the US signs an international treaty, typically it automatically becomes part of US law. Unfortunately, there are two kinds of treaty language, self-activating and passages requiring further US domestic legislation. The 1967 Protocol, although signed, is not “self-activating.” When it was signed, however, the US government asserted that no real change in US law would be required, since refugee law as it then existed would not be violated if the US executive simply abided by the terms of the Protocol.

Although Sessions keeps maintaining in public that refugees will have their applications for asylum processed if they present them at a regular border crossing, the evidence is that such applications are being summarily dismissed by immigration officials, who are not permitting asylum-seekers access to counsel or judges (this procedure is illegal). As for his policy of arresting undocumented immigrants into the United States for the misdemeanor of crossing the border even where they are asylum-seekers from political persecution, this is a violation of international and of US domestic law.

“It is cruel and unnecessary to prosecute asylum seekers for crossing borders without authorization. Moreover, under Article 31 of the 1951 Convention Relating to the Status of Refugees, to which the United States is bound by its accession to the 1967 Refugee Protocol, parties ‘shall not impose penalties, on account of their illegal entry or presence, on refugees who, coming directly from a territory where their life or freedom was threatened…enter or are present in their territory without authorization, provided they present themselves without delay to the authorities and show good cause for their illegal entry or presence.’”

I think it can be argued that the US is now also in contravention of Article 33:

1. No Contracting State shall expel or return (“refouler”) a refugee in any manner whatsoever to the frontiers of territories where his life or freedom would be threatened on account of his race, religion, nationality, membership of a particular social group or political opinion.

Sessions has removed abuse of women as a grounds for seeking asylum, even though in Honduras and other countries from which asylum-seekers come, police and authoritarian males often use abuse and rape as methods of controlling and silencing women dissidents. Sadism toward women is a common keynote of Trump administration officials, and here is is implemented as asylum policy, as though we had suddenly become Saudi Arabia.

Whether we can manage to have it adjudicated in the courts or not, is is absolutely clear that the US under Trump is in violation of its commitments under the 1967 Protocol and the relevant articles of the Convention on the Treatment of Refugees. The US has often used other countries’ defiance of UN Security Council resolutions and of international treaty obligations as a casus belli (i.e. the Iraq War’s legal justification, such as it was, depended entirely on these considerations). But in this case it is Washington that has gone rogue, and you wonder whether a further decline in tourism (down 4% in Trump’s first 3 quarters but up 7% internationally), student abroad applications (worth $30 bn. a year), and in acceptance of US brands abroad, will follow.