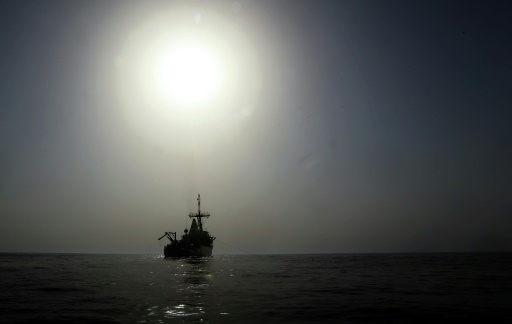 Abu Dhabi (AFP) – In the waters of the Arabian Sea, a vast “dead zone” the size of Scotland is expanding and scientists say climate change may be to blame.

In his lab in Abu Dhabi, Zouhair Lachkar is labouring over a colourful computer model of the Gulf of Oman, showing changing temperatures, sea levels and oxygen concentrations.

His models and new research unveiled earlier this year show a worrying trend.

Dead zones are areas of the sea where the lack of oxygen makes it difficult for fish to survive and the one in the Arabian Sea is “is the most intense in the world,” says Lachkar, a senior scientist at NYU Abu Dhabi in the capital of the United Arab Emirates.

“It starts at about 100 metres and goes down to 1,500 metres, so almost the whole water column is completely depleted of oxygen,” he told AFP.

Dead zones are naturally occurring phenomena around the world, but this one appears to have mushroomed since it was last surveyed in the 1990s.

Lachkar and other researchers are worried that global warming is causing the zone to expand, raising concerns for local ecosystems and industries including fishing and tourism. 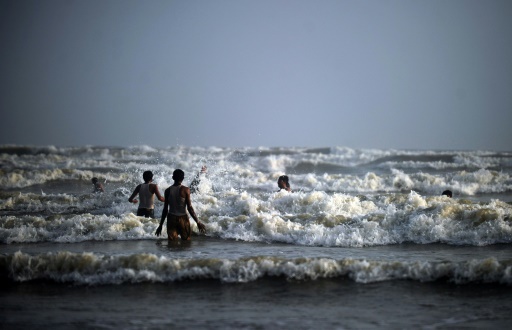 AFP/File / ASIF HASSAN. Pakistanis wade in waters off the coast of Clifton beach on the Arabian Sea in Karachi on June 8, 2011.

The discovery was made possible by the use of robotic divers, or “sea gliders”, deployed in areas researchers could not access — an undertaking by Britain’s University of East Anglia in collaboration with Oman’s Sultan Qaboos University.

The findings of the 2015 to 2016 study were released in April and showed the Arabian Sea dead zone had worsened in size and scope.

And unlike in the 1996 measurements, when the lowest levels were limited to the heart of the dead zone — midway between Yemen and India — now the dead zone extends across the sea.

“Now everywhere is the minimum, and it can’t go much lower,” the lead researcher Bastien Queste told AFP.

At NYU Abu Dhabi, Lachkar explains the Arabian Sea dead zone appears to be stuck in a cycle where warming seas are depleting the oxygen supply which in turn is reinforcing the warming.

This, he says, “can be very scary for climate”.

Ports from Mumbai to Muscat look out onto the Arabian Sea, making it a critical body of water.

These coastal hubs and the populations beyond them will be affected by further expansion of the dead zone.

Fish, a key source of sustenance in the region, may find their habitats compressed from deep underwater to just beneath the surface, putting them at risk of overfishing and extreme competition.

To carry out his data-heavy modelling, Lachkar relies on a sprawling supercomputer centre which cost several million dollars to set up — a testament to local priorities to research climate change. 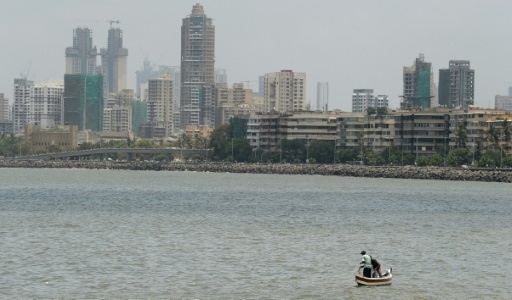 AFP/File / INDRANIL MUKHERJEE. Indian fishermen drop a line to lay in the Arabian Sea in Mumbai on May 1, 2015

The UAE in 2016 renamed its Ministry of Environment and Water as the Ministry of Climate Change and Environment, further evidence of the regional desire to meet this global challenge head-on.

“I think it is an important topic for different reasons, not only scientific reasons, but also economic,” says Lachkar from his Centre for Prototype and Climate Modelling.

“Fishing is an important source of revenue and it’s directly impacted by the oxygen,” he said.

Even coral reefs and, by extension, tourism could be affected.

Down the hall from his research facility is the complementary Centre for Global Sea Level Change, where researchers like Diana Francis study the worldwide impact of the problem.

The issue was at the top of the global agenda in 2015, when the world hammered out a deal in Paris to cut carbon emissions.

But the landmark agreement received a blow last year, when President Donald Trump announced he would be pulling the United States out of the accord.

“It is very disappointing, because a major country is not putting effort in the same direction as the others,” says Francis of the decision.

“But our role is to stick to science, be pragmatic and try to advance our understanding of the climate,” she says.

“Politics change over time,” Francis tells AFP. “But science does not.”

Alison Tahmizian Meuse is AFP Gulf and Yemen correspondent, based in Dubai. She formerly reported for NPR.