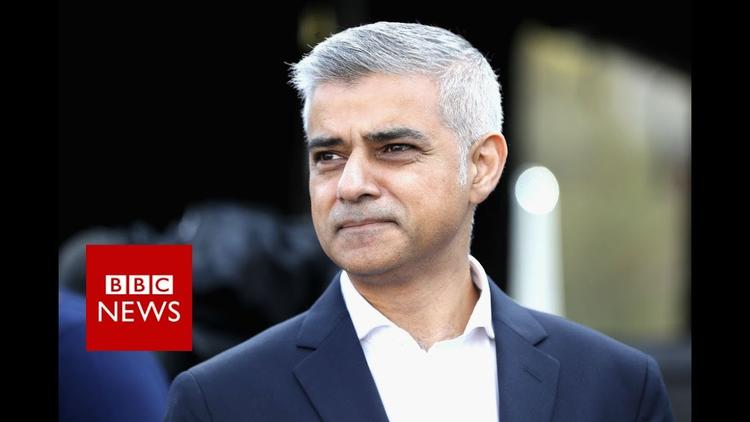 Sadiq Khan as mayor of London is the opposite of Trump in every way. Trump was born with a silver spoon in his mouth. Khan is a second-generation emigrant whose father drove a bus. Trump hates immigrants and Muslims (though of course there is a sense in which Trump is a 2nd-generation immigrant as well, since his mother was from Scotland). Khan is both the child of immigrants and a Muslim.

Sadiq Khan is a far better leader than Trump, with his priorities straight.

Khan is pressing for gasoline and diesel cars to be banned in the UK by 2030, which will help save the earth from rapid and extreme global heating.

Khan is pushing 500 million pounds in energy efficiency measures, which will save money and cut emissions.

Khan’s centrality to British politics is greater than it might seem on the surface, and he represents Britain’s future while Trump is plumping for an idealized and in fact non-existent British past.

But there are bigger structural issues in the feud between the two. London has been growing faster than the rest of the UK, and some of its growth depends on remaining in the European Union. It voted against Brexit, in contrast to some of the country’s more hardscrabble areas where the economy has been stagnant for a long time.

Not only is London a rare UK economic success story, but it is an engine of UK economic growth in general.

London, a city of over 8 million people, is the largest by far in the UK (pop. 65 mn.). Some of its economic and social dynamism comes from its large immigrant population, of several generations. Over 3 million of its residents are first-generation immigrants. Only 48%, less than a majority, of Londoners say they are Christian. A good fifth say they don’t really have a religion. Some 12 percent are Muslim, 5 percent Hindu, 2 percent Jewish. An amazing 1.5 percent are Sikh, and 1 percent are Buddhist.

So when Trump warns against letting immigrants into the UK lest white Christians “lose their culture” (an essentially Nazi meme), he is attacking London itself. Only a tiny percentage of Britons agrees with Trump, and most of them don’t live in London. Trump’s ridiculous nativism shows, as usual, complete ignorance about British history, which has all along been multicultural.