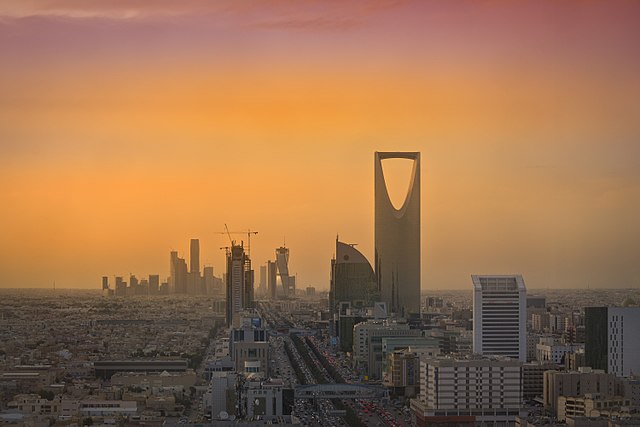 London (Middle East Monitor) – Israel has reportedly informed the Trump Administration of several conditions it expects to be met if Saudi Arabia is to be sold reactors to develop its nuclear potential, according to Israel’s Channel 10 news.

With the deal likely to go ahead, Israeli Energy Minister Yuval Steinitz is believed to have met with Energy Secretary Rick Perry in Washington, stipulating several “red lines”, including that Israel know all the details of the plan in advance and that it be involved in preliminary consultations on the planned location of the nuclear reactors in Saudi Arabia.

In addition to full cooperation with the Saudis, Israel has also requested that the US be the sole provider of fuel to the nuclear reactors in Saudi Arabia and sought assurance that the US will remove all the used fuel so that it cannot be reprocessed.

Saudi Crown Prince Muhammad Bin Salman announced that the Kingdom would be pursuing a non-military nuclear programme earlier this year, causing controversy in Israel. However, a subsequent video message delivered in Hebrew by Saudi journalist Louai Al-Sharif, who has strong ties to the royal family, assured viewers that any potential nuclear weapons programme in his country would be pursued only as a matter of self-defence.

Whilst Al-Sharif did not name any country specifically, the message implied that Iran, not Israel would be the subject of any nuclear threats.

This is not the first suggestion of nuclear cooperation between Tel Aviv and Riyadh. In May, it was reported that Western security agencies believed that Israel is selling nuclear information to Saudi Arabia in an attempt to bolster it as a viable opposition to Iran.

The US and Israel are not the only foreign nations aiding Saudi’s nuclear development. Russian State Atomic Energy Corporation “Rosatom” is believed to have been shortlisted for the next stage of the bidding process to construct the proposed power plants, following on from an agreement at the end of last year.

The nuclear deal is believed to be one of many areas on which Israel and Saudi Arabia are cooperating. Although the countries have no formal relations, the existence of business and diplomatic ties is an open secret. Last month, reports emerged of yet another plan: the building of a railway system from Riyadh to Haifa. The proposal will reportedly be officially announced after the US releases its “Deal of the Century” for the Israeli-Palestinian conflict.