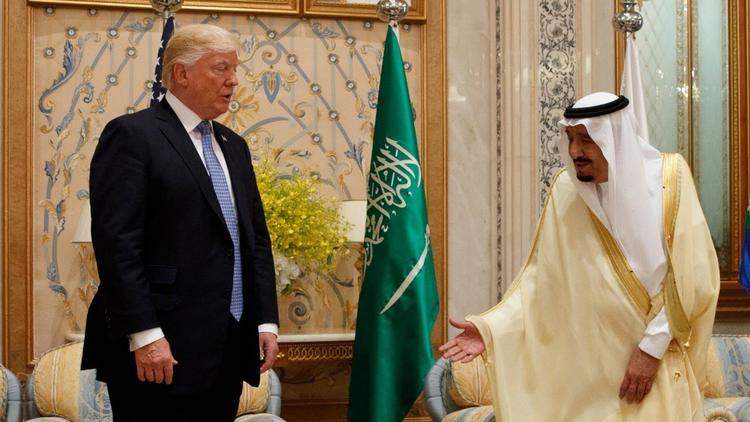 Trump has tweeted that King Salman of Saudi Arabia has promised to increase Saudi oil production by 2 million barrels a day. Trump says he feels this is important because US gasoline prices are “too high.” Trump is aware that high gasoline prices have tracked since the 1970s with public disapproval of the party in power, and is probably afraid that going into the midterms with a high price at the pump will result in heavy Republican losses in congressional races.

King Salman, however, cannot save Trump from the oil markets, even if he really wanted to, which is doubtful.

As Reuters noted, although Saudi Arabia has a theoretical ability to produce 12 million barrels a day, it can’t just do so on a dime. It would take up to a year to ramp up production that much. Nor is there evidence of Saudi ability to produce at that level in the medium to long-term.

Moreover, Saudi Arabia is a member of OPEC (the Organization of Petroleum Exporting countries), which has just set member quotas and asked members to increase production slightly. World production should go up about 700,000 barrels a day. That is all Trump can hope for.

Worse yet for Trump’s ambitions for cheaper oil over the next five months, domestic turmoil is taking some production off the market. Oil markets are supply and demand. Libya’s Gen. Hiftar is trying to get control of Libya’s oil fields, but in the attempt has provoked fighting that has shut most of them down. There is also trouble in Venezuela. And, if Trump succeeds in strong-arming some consuming countries into not buying Iranian oil, it may stay in the ground, which sends prices up.

It is long past the time when Saudi Arabia or even OPEC can set oil prices. They account for only a third of the global daily production. They can affect prices at the margins.

Finally, there is the demand side. If the world economy heats up this fall, for instance if there is an uptick in China, Indonesia and India, people there will drive more and put upward pressure on prices. Lots of presidents have wished for a magic bullet on petroleum prices (maybe that was why Bush-Cheney invaded Iraq, according to Rupert Murdoch), but there isn’t one.

Except, you could put in a lot of solar panels in the Deep South, which votes for Trump and is as sunny as you could want. And then you could switch to electric cars. Then the gasoline price is irrelevant. You run the cars off the panels. The fuel is free.