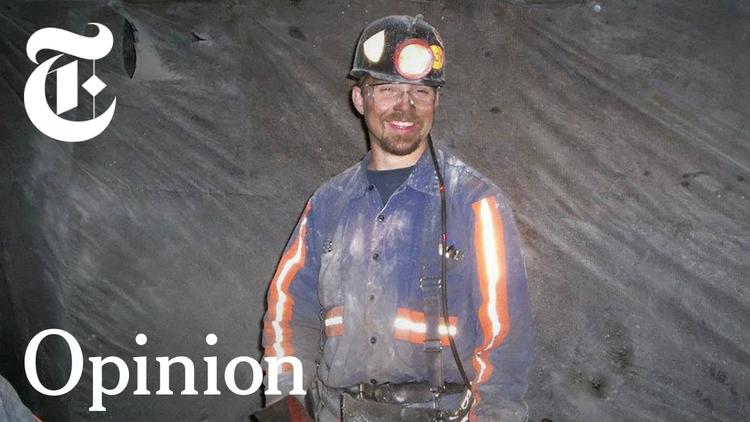 Is climate change a problem? Consider the evidence: wildfires in California, Sweden and Siberia; flooding in coastal areas due to sea level rise; droughts in some places and extreme weather and rainfall in others; new and emerging patterns of disease; heat waves; and much more. Yet, looking at the policy changes announced in the last 17 months by the Trump administration, one would think there is no such thing as climate change.

This week the Trump administration proposed a rule for reducing carbon dioxide emissions from existing coal-fired electrical generating plants, fulfilling a promise to replace an Obama-era plan to cut emissions from coal plants by one-third between now and 2030.

The Affordable Clean Energy proposal does not disappoint coal executives: It lays out what the EPA appears to view as the minimum needed to meet statutory obligations set out in the 2007 Supreme Court decision in Massachusetts v. EPA, which held that the EPA should regulate carbon dioxide under the Clean Air Act if carbon dioxide endangered public health and welfare.

Beyond attempting to meet the letter of the law as obligated by the Supreme Court, I see the Affordable Clean Energy plan as a regulatory attempt to keep the coal industry alive, despite its poor prospects, and not as a serious effort to deal with the effects of coal-fired power plants on the climate and public health.

Consider first what the Trump coal plant rule would accomplish. It would reduce coal-fired power plant emissions by between 0.7 percent and 1.5 percent by 2030. According to the proposal, this is a big deal and worthy of praise. To put this in context, the Intergovernmental Panel on Climate Change (IPCC), the international body for evaluating the science on the sources and impacts of climate change, estimates that developed countries like the United States will have to cut greenhouse gas emissions by some 80 percent by 2050, relative to a 2005 baseline. Electricity generation accounts for one-third of U.S. greenhouse gas emissions from the energy sector, so a 1 percent to 2 percent reduction is a blip in the picture.

To make sense of the Affordable and Clean Energy rule, it helps to know what the 2015 Clean Power Plan did. It recognized that climate change is a serious global issue, for many parts of the world an existential one, and that serious action is needed to address it. The plan assigned emission reduction targets to each state, then outlined options for states to meet them: improving plant efficiency, expanding use of low-carbon fuel sources like natural gas, relying more on zero-carbon renewable energy, and promoting energy efficiency. The plan used the Clean Air Act format of calling for state plans which the EPA would then review and approve.

Although the CPP was expected to increase the unit costs of energy in the near term, the Obama administration argued the big savings from improving energy efficiency would more than make up for that. And the CPP not only reduced carbon emissions behind climate change, it would have led to big cuts in pollutants that harm health, including particulates, nitrogen oxides and mercury, all of which come from coal-fired power plants. In contrast, the ACE plan will have trivial effects on these emissions.

One claim running through justifications for the ACE is that the previous administration was exceeding the bounds of what was always known as cooperative federalism, the idea that states and the federal government can work together as partners in protecting environmental quality. Yet in my view as an environmental policy expert and former EPA official, with many years working on a range of regulatory issues, the Clean Power Plan granted plenty of flexibility to states in determining a path to cutting emissions by setting targets and allowing states to decide how to meet them. The goal was to stimulate energy efficiency and use of genuinely cleaner sources to meet energy needs.

And if the administration is so concerned about state authority, why did it also just propose to roll back the Obama fuel economy standards for passenger vehicles and, at the same time, to take away California’s long-established authority to enforce vehicle efficiency standards more stringent than the federal ones? Since 1967, California has had authority to set vehicle standards exceeding the EPA’s. Twelve states follow California’s lead, so taking away its authority affects many other states as well. To me, it’s clear the agenda is less to realize a principled federalism than to avoid any real climate action.

For the sake of stretching out the lifespan of some aging coal-fired power plants and propping up the declining coal industry, the Trump plan misses out on the health benefits of reducing carbon dioxide emissions by 19 percent, sulfur oxides by 24 percent, nitrogen oxides by 22 percent, and mercury by 16 percent. These cuts would have led to thousands of premature deaths avoided and major cuts in carbon emissions. In addition, the plan was designed to bring big gains in energy efficiency, and introduce the economic, environmental, health and job benefits of having a vibrant, energy-efficient economy based more on renewable energy.

If the goal is to meet the legal obligations set out in the Massachusetts case while not making coal-fired generating plants do much to reduce greenhouse gases and other pollutants, the ACE proposal may meet the bill. That proposition will be tested in an array of lawsuits that are sure to come.

If your perspective is that climate change is a non-issue or one not worth dealing with, then the Affordable and Clean Energy rule is your cup of tea. Looking at it in the context of withdrawing from the global Paris Agreement on climate change and the canceled 2025 fuel standards, one can at least give the Trump EPA credit for being consistent.