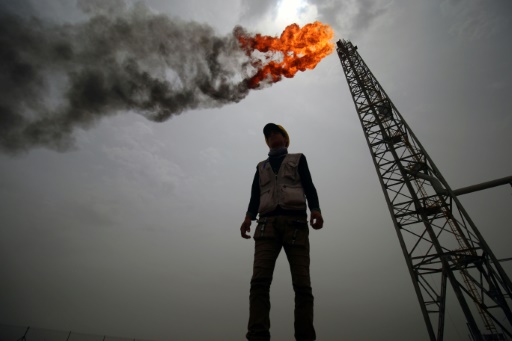 Baghdad (AFP) – Iraq has raised more than $700 billion from oil since 2005, but almost the entire amount has been spent, the central bank announced Tuesday.

Since Prime Minister Haider al-Abadi declared victory over the Islamic State group last December, marking an end to decades of conflict in Iraq, social grievances have boiled over in a series of protests.

After erupting in the oil-rich southern province of Basra on July 8, unrest has quickly spread to several cities, as people have vented their anger over unemployment, high prices, power cuts and a lack of usable water.

Fourteen people have been killed in clashes between security forces and demonstrators, frustrated over the lack of basic services in what has been ranked one of the world’s most corrupt countries.

According to parliament the equivalent of $227 billion in public funds in Iraq, OPEC’s second largest crude exporter after Saudi Arabia, has gone missing through shell companies.

Featured Photo: AFP/File / HAIDAR MOHAMMED ALI. An employee stands at the Zubair oil and gas field, north of the southern Iraqi province of Basra on May 9, 2018.