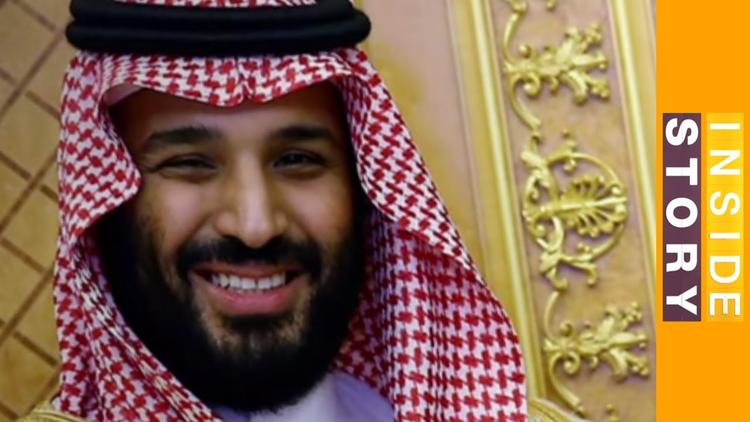 Riyadh has expelled the Canadian ambassador and has frozen all new purchases and investments in Canada.

The Canadian foreign ministry had tweeted on Friday,

“Canada is gravely concerned about additional arrests of civil society and women’s rights activists in Saudi Arabia, including Samar Badawi. We urge the Saudi authorities to immediately release them and all other peaceful human rights activists.”

Saudi Arabia simply is not very important to Canada. Saudi Arabia only really has its petroleum and its sovereign wealth fund going for it. Canada has its own petroleum, and a diversified industrial economy.

It is being said that Riyadh is also pulling its 16,000 students out, who are at Canadian universities. They’ll be replaced by other foreign students, since Canada has great universities, but Saudi human capital will be damaged. Anyway, what is the point of giving people a college education if you thereafter forbid them from thinking critically, in an absolute monarchy where they can’t even vote?

Canada is about 1.5 times more populous than Saudi Arabia if you don’t count guest workers. Canada’s gross domestic product is almost 3 times bigger than Saudi Arabia’s. Canada is a member of NATO and its military is seasoned, having fought in most of the major wars of modern times, including Afghanistan. Saudi Arabia’s military is largely untried and despite its sophisticated weapons purchases, its significant war, in Yemen, has been fought from the skies rather than hard slogging on the ground. Indeed Riyadh’s army may not be capable of hard slogging. The air war in Yemen has been notable for its failure and the many strikes on civilian targets.

Here are the comparative statistics:

Saudi Arabia as an important country is living on borrowed time. Petroleum is worst than worthless, which will become obvious over the next decade as people switch to electric cars and renewable energy. When the oil is outlawed, as it likely will be when the catastrophe of climate change becomes completely apparent, Saudi Arabia will have to find some other way of making a living. It is unclear what that will be. Riyadh is said to have blown through a third of its sovereign wealth fund when the price of oil collapsed.

Canada on the other hand has a real economy and vast non-oil resources. It is a largely service economy, but manufacturing is about 13% and it has agriculture. Energy exports are only about 3% of the economy.

Not only is Saudi Arabia no match for Canada economically or militarily, but Riyadh has a severe celebrity deficit in comparison.

Saudi Arabia has that guy that lashes bloggers a thousand blows at a time.

Over a dozen prominent activists convicted on charges arising from their peaceful activities were serving long prison sentences. Prominent activist Waleed Abu al-Khair continued to serve a 15-year sentence imposed by Saudi Arabia’s Specialized Criminal Court that convicted him in 2014 on charges stemming solely from his peaceful criticism in media interviews and on social media of human rights abuses. Prominent blogger Raif Badawi served the fourth year of his 10-year sentence, but authorities did not flog him in 2016 and 2017, as they previously did in January 2015.

On January 18, Saudi Arabia’s Specialized Criminal Court sentenced Nadhir al-Majid to seven years in prison and a seven-year ban on travel abroad. The conviction was based on his participation in protests in Saudi Arabia’s Eastern Province in 2011 against discrimination against the country’s minority Shia community, communication with international media and human rights organizations, and articles calling for an end to discrimination against the Shia.

By 2017 Saudi Arabia had jailed nearly all the founders of the banned Saudi Civil and Political Rights Association (ACPRA). In August, an appeals court upheld an eight-year sentence against ACPRA activist Abd al-Aziz al-Shubaily based solely on his peaceful pro-reform advocacy.

Some Saudi state clerics and institutions incite hatred and discrimination against religious minorities, including the country’s Shia Muslim minority.

Saudi Arabia does not tolerate public worship by adherents of religions other than Islam and systematically discriminates against Muslim religious minorities, notably Twelver Shia and Ismailis, including in public education, the justice system, religious freedom, and employment. Government-affiliated religious authorities continued to disparage Shia and Sufi interpretations, versions, and understandings of Islam in public statements and documents.”