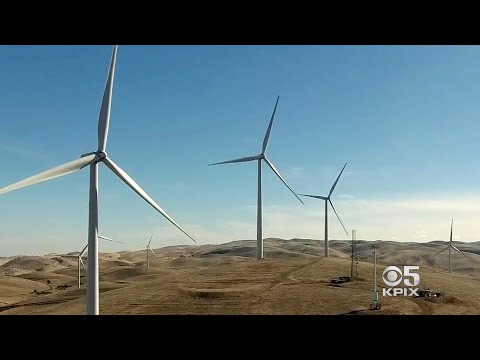 Ann Arbor (Informed Comment) – This week, the California state legislature voted to mandate that all the state’s electricity come from non-carbon sources (chiefly wind, solar and hydro) by 2045.

Since California if it were a country would have the world’s fifth largest economy, and since so many other states are economically integrated with it, this plan, if signed by governor Jerry Brown, could help transform the entire country.

KPIX CBS:
California Will Get Half Its Electricity from Renewables by 2020

As we speak, solar provides nearly one fifth of California’s electricity, and hydro nearly another fifth. Solar grew by 20% in the first half of 2018, year on year. Wind supplies about 7 percent of California’s gross electricity generation. Con Edison says the state is at 42% renewables in 2018, will be at 47% next year, and 50% the year after.

California has much more wind potential than it is realizing, and the cost of wind-generated electricity is in free-fall. It just spiraled down to 2 cents per kilowatt hour. Coal, once considered cheap, is 5 cents a kilowatt hour if you don’t count the disasters of climate crisis that it causes, along with the smog and heart attacks and other health problems it produces. Wind in contrast is now less than half as costly and is clean, and the fuel is free. California only has one small coal plant left, and let us say it isn’t the future.

In the first half of 2018, 6.2 percent of new vehicle registrations in California were electric cars. With constant improvements in batteries and design, these vehicles will take over through the 2020s, no matter what Trump does (he is trying to prevent California from regulating emissions).
In the first half of 2016, only 3.6% of new vehicle registrations were EVs. At that rate, it won’t be long before they are all electric. Californians know that if you combine EVs with solar panels on your roof (if you are a homeowner), both get paid off a lot sooner and you have no gasoline or electricity bill to speak of.

Europe just reached a milestone of one million electric vehicles on the road. Chinese bought 600,000 or so just last year. California is set to become a leader in this area, as well.

California is showing us where the whole country is going, even if some states will take longer to get there. But likely it also will be a big influencer for the whole Pacific Rim. Can Japan really continue its natural gas + nuclear electricity mix once California has shown how easily renewables can supply all our needs? Moreover, California’s efforts will synch with those of China, in ways that will create synergies and thwart Trump’s fossil fuel obsession.

California will save enormous amounts of money by going to green energy, but more importantly, it will rapidly reduce carbon dioxide emissions and show others how to do it, putting a brake on the runaway greenhouse gases that threaten the stability of our natural ecosystems on earth. California is one of the more vulnerable states to the climate crisis.