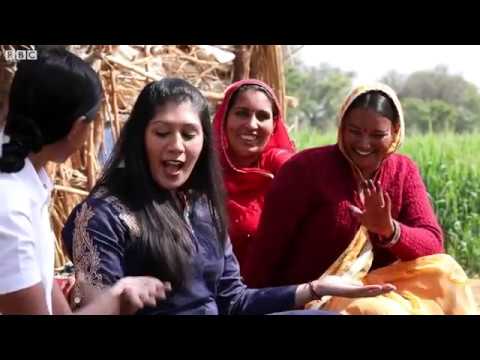 India has achieved 70 gigawatts of installed renewable capacity, and has another 40 gigs under construction or already bid on. That would take it to 110 gigs of mainly wind and solar.

New Delhi had set a goal of 175 gigawatts of renewable energy by 2022, and clearly will reach it early, though 80 gigs rather than 100 gigs of it (as originally planned) may be solar. Now the government has increased the goal to 225 gigs of renewables by March of 2022.

The amount of installed solar capacity has jumped from 2.6 gigs in 2014 to 23 gigs today, an 8-fold increase.

India isn’t ramping up renewables so massively and so quickly because the government of Prime Minister Modi is politically correct, though Modi does have a long term interest in renewables. It is just that in sunny India, solar panels make an awful lot of sense. India has very little petroleum or natural gas of its own, moreover, so renewables save it foreign exchange, keeping money at home that would otherwise flow abroad. India does have a lot of coal, but burning it it has made cities like New Delhi almost unliveable because of smog and it contributes to a global warming that could turn India, one of the world’s breadbaskets, into another Sahara desert.

But the simple fact is that you can generate electricity from a new solar plant for a third less than from a new coal plant in India, and nobody is going to pay $30 a month for air conditioning if they can pay $20 a month for it.

Of course, it may still be profitable to run coal plants, because their building and other costs have already been paid for, which is called “sunk costs.” But anytime you were planning for new energy generation, you’d have to have your head examined if you preferred coal.

Among India states, Gujarat was once number one in solar, but has slipped to number 5. It is trying to recover its leading position with three enormous solar farms that will generate 6 gigwatts.

Some of India’s rapid advance in solar could have been affected by a 25% tariff imposed on imported solar panels over two weeks ago. But the high court in the state of Orissa responded to a law suit over the scheme, and for now the Indian government has backed down.