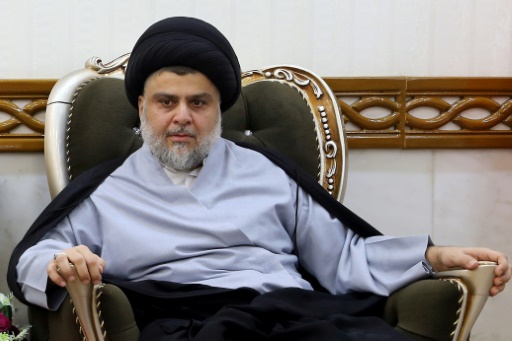 Baghdad (AFP) – Nationalist Shiite cleric Moqtada Sadr’s alliance won Iraq’s May parliamentary election according to a manual recount, the electoral commission said Friday, paving the way for a government to be formed nearly three months after the vote.

Allegations of fraud prompted the supreme court to order a partial manual recount, but Sadr’s joint list with communists will retain all 54 seats it won to become the biggest bloc in Iraq’s 329-seat parliament.

The only substantive change resulting from the recount will be an extra seat for the Conquest Alliance of pro-Iranian former paramilitary fighters at the expense of a local Baghdad list.

The Conquest Alliance remains in second place but will have 48 seats instead of 47, Iraq’s nine-member electoral commission said.

Other changes were confined to a handful of alterations to the standings of candidates within party lists.

After the supreme court officially announces the final results, the outgoing president has 15 days to convene parliament, which must then elect a new head of state and begin the process of forming a coalition government and settling on a new prime minister.

Sadr has already signed a coalition agreement with Shiite Ammar al-Hakim’s Al-Hikma list, which will stay on 19 seats after the recount, and the secular outgoing vice president Iyad Allawi, whose list was comprised largely of Sunnis and secured 21 seats.

The May 12 election saw a record low turnout of 44.5 percent, with longtime political figures pushed out by voters seeking change in a country mired in conflict and corruption.

The recount results come after deadly protests that broke out in early July, with demonstrators angry at water shortages, unemployment and the dire state of public services.

Regular power cuts mean there has been little respite from sweltering summer temperatures and with the national grid providing just a few hours of electricity per day, many Iraqis are forced to pay to use generators through the private sector.

“The announcement of the results will help stabilise the (political) process in the country and will accelerate responses to the population’s demand that they be able to enjoy public services worthy of the name,” political analyst Aziz Jabbar told AFP.

But building a coalition will take time, as even with the support of Hikma and Allawi, Sadr can only so far count on the loyalty of less than 30 percent of lawmakers.

And Sadr on Friday threatened to place his bloc in opposition, rather than form a government, if other parties refuse to back 40 demands that he has made “for the political process to move in the right direction”. 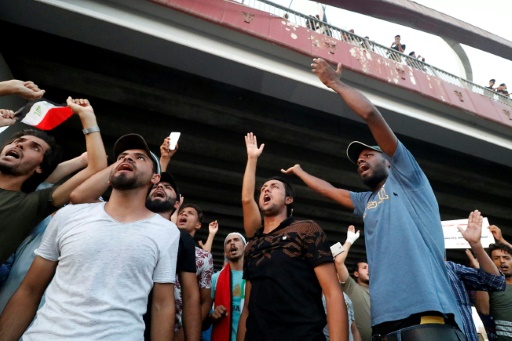 AFP / Haidar MOHAMMED ALI. Iraqi men demonstrate in the southern oil-rich city of Basra — the heart of recent protests against power shortages, graft and other social ills — on August 3, 2018.

Graft is seen as a big problem in a country where citizens say they fail to benefit from the country’s enormous oil wealth.

Officially $40 billion (34 billion euros) has been allocated to the power sector over the past 15 years, but a substantial slice has been siphoned off by corrupt politicians and businessmen who have fronted fake contracts.

In an attempt to quell public anger after more than a month of demonstrations — and with protests still springing up in the mainly Shiite south — Abadi sacked four directors in the electricity ministry on Tuesday and moved a number of others.

The decision followed the dismissal last month of electricity minister Qassem al-Fahdawi “because of the deterioration in the electricity sector”, the premier’s office said at the time.