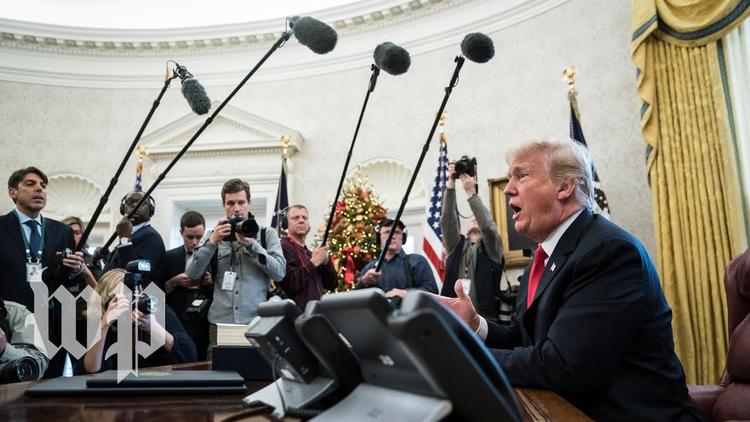 Informed Comment is pleased to respond to the call of the Boston Globe for the press to fight back, on August 16, 2018, against Trump’s savage attacks on journalists and the free press. This column is dedicated to James Wright Foley, whom I met in Egypt in 2012, and who was fearless and level-headed in trying to get the story for the public. He was beheaded by ISIL on August 19, 2014, for being an enemy of the people.

Ben Franklin, the founding father, was a man of many talents, among them printing. As a printer, he gave a lot of thought to issues in freedom of the press. In 1729 he bought the Pennsylvania Gazette and often wrote essays for it himself. Some fifty years before he helped craft the Constitution of the United States of America, he published on the dangers of censorship and of curbing the free press. Without a free press, he said, we cannot have a free government, and its persistent squelching would cause tyranny to be erected on its rubble.

Ben Franklin wrote in the Pennsylvania Gazette for November 17, 1737, “Freedom of speech is a principal pillar of a free government: When this support is taken away, the constitution of a free society is dissolved, and tyranny is erected on its ruins. Republics and limited monarchies derive their strength and vigor from a popular examination into the action of the magistrates [officials]…

“An evil magistrate intrusted with the power to punish for words, would be armed with a weapon the most destructive and terrible. Under the pretence of pruning off the exuberant branches, he would be apt to destroy the tree . . .

Augustus Caesar, under the specious pretext of preserving the character of the Romans from defamation, introduced the law whereby libelling was involved in the penalties of treason against the state. This law established his tyranny; and, for one mischief which it prevented, ten thousand evils, horrible and afflicting, sprung up in its place. Thenceforward every person’s life and fortune depended on the vile breath of informers. The construction of words being arbitrary, and left to the decision of the judges, no man could write or open his mouth without being in danger of forfeiting his head. One was put to death for inserting in his History the praises of Brutus; another, for styling Cassius the last of the Romans. Caligula valued himself for being a notable dancer; and to deny, that he excelled in that manly accomplishment, was high treason. This emperor raised his horse, the name of which was Incitatus, to the dignity of consul; and, though history is silent, I do not question but it was a capital crime to show the least contempt for that high officer of state . . .

“During the reign of Henry the Eighth, a high-spirited monarch, every light expression, which happened to displease him, was construed by his supple judges into a libel, and sometimes extended to high treason. When Queen Mary, of cruel memory, ascended the throne, the Parliament, in order to raise a fence against the violent prosecutions for words, which had rendered the lives, liberties, and properties of all men precarious, and perhaps dreading the furious, persecuting spirit of this princess, passed an act whereby it was declared, “That if a libeller doth go so high, as to libel against king or queen, by denunciation, the judges shall lay no greater fine on him than one hundred pounds, with two months’ imprisonment, and no corporal punishment. Neither was this sentence to be passed on him, except the accusation was fully proved by two witnesses, who were to produce a certificate of their good demeanor for the credit of their report.”

Franklin admits the evils of libel, but he nevertheless rejects the idea of prosecution for political libel for one simple reason. It would be the allegedly libeled official (“magistrate”) himself who decided whether he had been smeared. If officials could at will prosecute alleged political libel, he warned, they would have a terrible and destructive weapon. They would end up destroying the forest of liberty to get at one bad tree.

Moreover, he points out, political libel is too subjective and arbitrary to lend itself to a judicial process. He goes on to point to the tyranny introduced into the Roman Empire by Augustus Caesar’s equation of criticism of the emperor with treason. And he recalled how the Reformation Tudor monarchs, who fought over Protestantism and Catholicism, misused political libel so viciously that Parliament stepped in to prescribe only light penalties for it.

Franklin made sure that “political libel,” which is really political free speech for the most part, was never criminalized in the United States.

Donald Trump wants to undo Franklin’s good work and institute a law against what he considers political libel. He threatened to pass legislation allowing him to sue newspapers for criticizing him, just as Caligula and Nero punished their critics in the darkest days of the Roman Empire.

Luckily, the First Amendment crafted by James Madison with some inspiration from Thomas Jefferson’s constitution for Virginia, makes it impossible for Trump to follow through on his threat– assuming that the judiciary remains free of dire corruption.

Franklin saw that those leaders who considered a free press “the enemy of the people” (a phrase used by those nice gentlemen Stalin and Hitler) are the biggest threat to liberty in the whole wide world.

Franklin was a patriot. Trump, by embracing the techniques of tyranny, has betrayed his office.