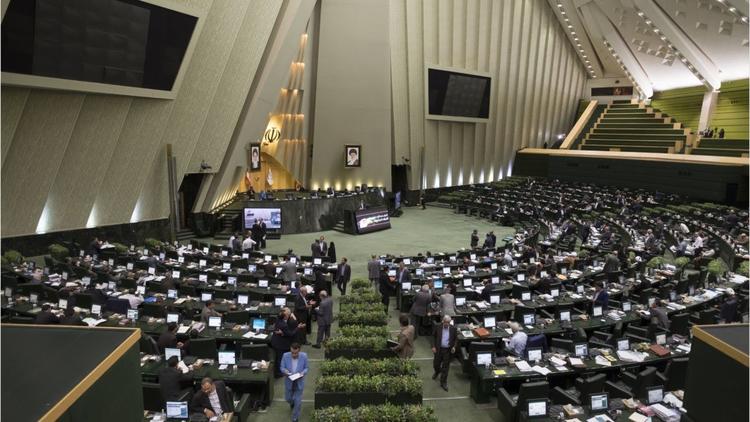 Iran’s parliament on Sunday fired the Finance Minister, Massoud Karbasian, in a severe political setback for president Hassan Rouhani. The Iranian rial has fallen dramatically against the dollar in recent months, eating into the purchasing power of Iranian consumers who buy goods from abroad.

Supporters of Karbasian in parliament clashed physically with his critics, leading to an unbecoming melee on the floor of parliament.

In a hearing in parliament, AP says, deputy Hosseinali Hajideligani, who represents the city of Isfahan, castigated Karbasian, saying: “Over the last year since you became the minister, the dinner table of the people has shrunk to the point of invisibility. . . The purchasing power of the people has dropped down at least by 50%. You have made the people poorer every day.”

US Sanctions are not the only reason for the Iranian economic crisis. In fact there are multiple ongoing problems, some of them distinct from others, and they do not all have the same cause.

One problem for the country is that the price of oil collapsed in 2014 and is still significantly lower than its 2014 high. Oil sales generate 80% of Iran’s foreign currency earnings and the sector is huge for government budget and employment. The prospect that Trump will interfere in Iranian oil sales has hurt Iran on the petroleum futures market.

Although there have been demonstrations in small towns against unemployment, the unemployment numbers are decreasing slightly according to the International Monetary Fund. The economy was expected to grow by 4% this year.

A big part of the problem has to do with public suspicions of corruption in the government and banking system, a problem that only increased the run on the banks and the plunge in the rial against the dollar (as the value of the rial goes down, people are selling their rials and holding dollars).

Iran also has multiple interest rates, and the central bank just tried to consolidate them at 25%.

Decades of high interest rates, it has been argued have ballooned Iran’s money supply without a corresponding increase in productivity. Printing up money causes inflation.

In addition, economist Djavad Salehi-Isfahani estimates that the Obama sanctions 2011-2016 cost the Iranian economy $1.1 trillion– a staggering sum. (Iran’s annual gross domestic product in nominal terms is only about $430 bn., making it 27th in the world). Salehi-Isfahani thinks that in the fifteen years 1996-2011, Iran’s economic growth tracked with that of Turkey (which is quite respectable), but that once the Obama Treasury Department went after Iran with severe sanctions, it fell substantially behind.

If this finding is correct, then the coming Trump sanctions could over years hurt Iran’s growth further, and significantly. I would add that since Iran is in a geopolitical contest with Saudi Arabia and the UAE, as well as with Israel, anything that causes it to fall substantially behind its regional rivals economically enables the rivals and hurts Tehran’s ability to compete.