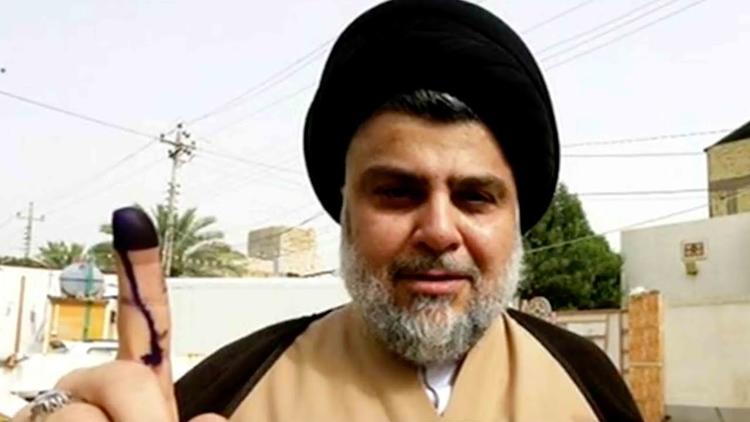 London (OpenDemocracy.net) – In the absence of civil war, the people of Iraq have found an opportunity to demand that the political elite deliver on their election campaign promises.

While Iraq is in the grip of a breathtaking summer heat-wave, the odor of dissatisfaction rose in the major southern cities of Basra, Najaf and Karbala and swiftly spread to the outskirt of the capital city, Baghdad in July 2018. The spontaneous protests began weeks after the general election concluded in Iraq.

On 12 May 2018, Iraqis went to the ballots to elect members of parliament and subsequently a new Prime Minister. In a sense, these elections were unique in the history of Iraq since the 2003 invasion for three pivotal reasons. First, this is the first general election since the demise of ISIS and its proclaimed caliphate in Iraq. Second, the election occurred a year following a referendum for independence in the Kurdistan region. Third, the election was marred by regional tensions between regional powers.

The May turnout was reportedly around 45 percent, the lowest since 2003. In some constituencies, the results of the elections were contested and faced recounts. Nevertheless, many commentators were caught off guard by the results of the ballot boxes. Iraq’s populist Shia cleric, Muqtada Al-Sadr’s Al-Sairoon party gained more seats than the incumbent Prime Minister Haider Al-Abadi and the powerful coalition of Iranian backed Shia paramilitary factions of Al-Fateh led by Hadi Al-Ameri.

Al-Sadr, led a popular movement advocating a cross-sectarian national government and its umbrella party included non religious parties including Iraq’s Communist Party. Nevertheless, after weeks of behind the scenes political haggling over which party will dominate the key ministerial positions, protestors in the south of Iraq poured into the streets. Demonstrators flared over lack of public services. Residents in Basra went on a rampage after accusing the municipality of financial mismanagement, entrenched corruption and failing to provide basic services, and systemic nepotism.

Reportedly in late July, thousands of protesters in Baghdad and the Southern cities called for the downfall of traditional political parties. Many Iraqis believe that since the invasion of Iraq, a generation of certain political elites have been taking a central place in ruling the country whose political patriarchy have for more than a decade made power the province of their own. A resident of Najaf, on condition of anonymity, expressed to me that for a decade appointed governments had no plans to accommodate the Iraqi nation’s financial concerns. He adds that since the Iraqi government declared victory against ISIS in December 2017, people became even more frustrated with the authorities. This is because the Iraqi people witness the political elites keenly turning to their convoluted routine of haggling to obtain more leverage while paying little attention to the Iraq’s economic concerns.

What is important here is that the demonstrations began in Shia populated cities. Since the removal of Saddam’s regime, the central government in Baghdad is mainly dominated by Shia parties. Having such large scale demonstrations in the Shia holly cities of Najaf and Karbala is unprecedented. In fact, sporadic unrests were mainly taking place in Sunni areas in central Iraq. In 2014, extremist groups such as ISIS managed to take advantage of Baghdad’s failure in accommodating marginalised Sunni communities within the governmental apparatuses, and it established a so called Caliphate that lasted for three years.

In the absence of civil war, the people of Iraq have found an opportunity to demand that the political elite deliver on their election campaign promises. What is important, is that the Iraqi protesters chant slogans demanding services and jobs, with an absence of sectarian rhetoric amongst the protestors. It is the nature of that unsettledness that is the main melody of recent demonstrations in southern Iraq. Although the response of the caretaker government of Iraq has been heavy-handed, the protests continue to focus on the economic demands.

There is one other key aspect that should be mentioned; Iraq’s top Shia cleric Grand Ayatollah Ali al-Sistani, who is revered by millions of Shias supported the protests. Sistani’s representative stated that “the incumbent government must work hard, urgently, to implement citizens’ demands to reduce their suffering and misery”.

On 23 July, Sunni Arab tribes of Hawija symbolically issued a press statement backing the protests in the southern provinces. In a sense, there were similar demonstrations in some major cities in the Kurdistan region in December 2017. The Kurdish protestors across Suleimania and Halabja took to the streets over lack of basic services and delayed salaries. A resident in Suleimania expressed to me that many people in Kurdistan have sympathy towards their fellow countrymen in Najaf and Basra, as all suffer from the same pain of lack of basic services and entrenched corruption.

What is clear, however, is that the protests in Iraq are not a revolution. This is a new phase of political maturity across Iraq’s streets. The recent demonstrations have brought a new non-sectarian dimension to Iraq’s socio-political arena. The future Iraq, like the present one, cannot be governed without accountability or with pure impunity. Each pole of power needs to adjust itself to Iraq’s post-sectarian era. Like the creak of a sail-rig as a ship begins to turn, a sign of change in Iraq’s socio-political structure can prove decisive. The time is ripe to turn to a non-sectarian technocratic cabinet that focuses on providing welfare to Iraqi citizens and fighting against corruption. But this begs the question of how the future government will address Iraq’s concerns tangibly. The peoples’ voice is certainly intended to show their frustration with the authorities’ inability to address the country’s economic concerns in the past.

In a sense, in the new Iraq, the economic concerns and peoples’ financial daily struggles transcend tribal and sectarian fault lines. This is a great challenge and also a significant opportunity for policy makers in Iraq to direct the country towards a non-sectarian and non-tribal governance where the regeneration of the country is the main action plan.

Seyed Ali Alavi is a teaching fellow at SOAS, University of London, department of Politics and International Studies. His expertise lies in the International Relations of the Middle East.