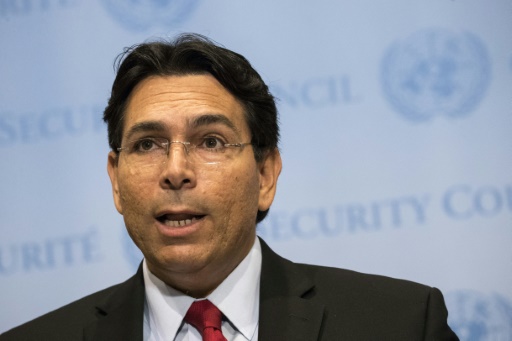 Israel’s UN Ambassador Danny Danon said in a statement late Friday that “the only protection the Palestinian people need is from their own leadership.”

The 14-page report laid out four options, from increasing aid to the Palestinians, sending UN rights monitors and unarmed observers to deploying a military or police force under UN mandate.

The report was requested by the General Assembly in response to a surge of violence in Gaza, where 171 Palestinians have been killed by Israeli fire since late March.

“Instead of suggesting ways to protect the Palestinian people from Israel, the UN should instead hold the Palestinian leadership accountable for continually endangering its own people,” Danon said.

“The report’s suggestions will only enable the Palestinians’ continued rejectionism.”

A UN mandate for a protection force would require a decision from the Security Council, where the United States could use its veto power to block a measure opposed by Israel.

The report released to all UN member-states comes amid a vacuum in Middle East peace efforts as European and Middle East powers await a peace plan from President Donald Trump’s administration that has been under discussion for months.

UN diplomats have recently begun questioning whether the US peace plan will ever materialize.