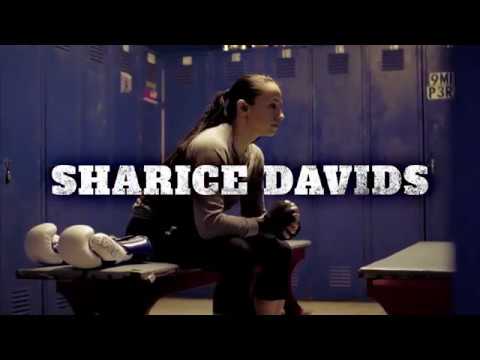 Sharice Davids, who won the Democratic nomination for a House seat in Kansas on Tuesday, is poised to become one of the first Native American women in the U.S. Congress and the first openly gay member to represent her state.

Being a strongly red state, Kansas’ seats in Congress are all currently held by Republicans, but Davis is confident she could beat the four-term incumbent Kevin Yolder in November, an opponent with millions of dollars in funding.

In her campaign video, Davids appears training in a boxing gym and says: “It’s 2018 and women, Native Americans, gay people, the unemployed and underemployed have to fight like hell just to survive… and it’s clear: Trump and the Republicans in Washington don’t give a damn about anyone like me or anyone that doesn’t think like them. That’s why I’m running for Congress.”

Davids, a former Mixed Martial Arts fighter, is trained in jiu-jitsu, capoeira, taekwondo and karate. She debuted in 2006 and trained for 30 hours a week hoping to enter the Ultimate Fighting Championship (UFC) women’s team in 2014.

She earned a law degree from Cornell and took the opportunity to work as a White House Fellow in Washington during the Obama-Trump transition. Now she says it’s time her district is better represented in Congress.

Several Native Americans are running for office in this year’s mid-terms, hoping to represent the most underrepresented communities in an administration dominated by white males.

“I keep saying how surprised I am that we’re in 2018 and we’re still having all these firsts,” Davids told Wassaja.

Also running are congressional candidate Deb Haaland, from the Laguna Pueblo of New Mexico; Peggy Flanagan, from the White Earth Band of Ojibwe, for lieutenant governor of Minnesota; Paulette Jordan, from the Coeur d’Alene tribe, for governor of Idaho; and in South Dakota, former Attorney General for the Oglala Sioux Tribe Tatewin Means aspires to the same position at state level.

She has been endorsed by the EMILY list, which supports women with a progressive agenda on abortion rights.

“As the daughter of a single mother Army veteran, I know the importance of determination and service to country,” Davids writes on her website.

“As a woman and a Native American, I know how to stand up and fight for equality. As a lawyer, economic advisor and advocate, I know how to build consensus and get things done.”