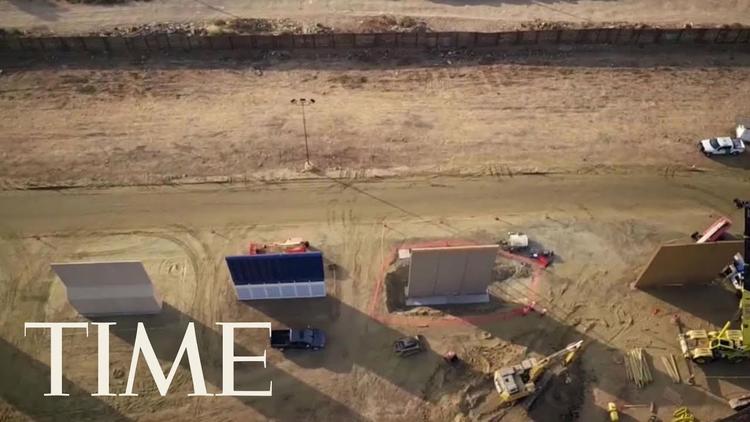 Trump is believed to have made the comment on building a wall when Borrell accompanied King Felipe and Queen Letizia to the White House in June.

When Spanish diplomats pointed out that the Sahara stretches for 3,000 miles, Trump shrugged off the skepticism. “The Sahara border can’t be bigger than our border with Mexico,” he said, apparently unaware of the size of the desert.

Trump ran on the promise of building a “big, beautiful wall” across the US/Mexico border, which is roughly 2,000 miles long, during the 2016 presidential election.

Spain, will, however, face complications if it wants to undertake the suggested task. Spain holds only two small enclaves in Africa, Ceuta and Melilla. Hence if the wall were to be built, it would be on foreign territory.

Borrell told the story at a lunch event in Madrid organized by the cultural association Club Siglo XXI this week, which is his retelling of Trump’s comments that were widely reported by the Spanish media.

“We can confirm that’s what the minister said, but we won’t be making any further comment on the minister’s remarks,” said a spokesman for the foreign ministry.

Spanish daily El Pais said Borrell had made it clear he disagreed with Donald Trump’s suggestion but insisted a policy had to be put in place to deal with migration.

Spain saw an influx of refugees in the last year with more than 30,000 migrants and refugees entering the country by sea, with 1,723 losing their lives in the attempt. This saw Spain surpass Italy and Greece as the main destination for migrants crossing the Mediterranean. EU border agency Frontex registered 12,500 arrivals in August — 6,500 of them reached Spain’s Mediterranean coastline, making the country the main EU port of arrival. Most of those reaching Spain were from Morocco, Guinea, and Mali.

According to a study by the Pew Research Center, the chosen path of refugees has changed over the years. The most-traveled route from January 2018 to August 2018 was from Morocco to Spain. Last year this western route was the least traveled migration path. From 2009 to 2017, 89,000 migrants arrived on Spain’s southern coast but in 2018 alone, 28,000 arrived.

This is greater than the Africa-to-Italy ‘central route’ and Turkey-to-Greece ‘eastern Route’ which saw 20,000 arrivals each.

Spain’s socialist Prime Minister Pedro Sanchez was widely praised when he announced that Madrid would take 630 migrants who were turned away by Italy and Malta, aboard the rescue ship Aquarius. But an increasing number of refugee influx has strained facilities and infrastructure. It also attracted right-wing criticism who are using the arrival of migrants as a political weapon and accusing Sanchez of being too soft on immigration.