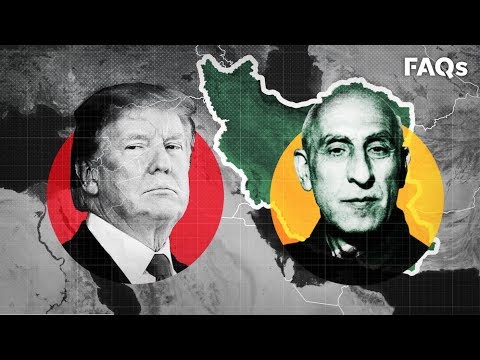 To engage in war with Iran, Mr. Trump would need an excuse. He would need to show that Iran is a mortal threat to America, but, at the same time, he and his military establishment need to show that Iran, unlike North Korea and Russia, would be quickly and easily overcome. After all, no one can sell us a war we don’t need. So, first, we should ask, “is Iran a serious danger to the United States?” Simply put, do we need a war?

Without going into excessive detail, the bottom line is “no.” Iran has little ability to project force outside its immediate neighborhood. It has no capacity to reach the United States with any conventional arms, and it has no nuclear weapons. It poses no threat to what the American military term “CONUS,” the Continental United States.

If Iran were attacked, however, it probably could interdict one of the major routes of oil exportation, through the Strait of Hormuz. This would be disruptive to some American overseas interests since about a third of the world’s energy is carried by tankers through the Strait, but it would be disruptive mainly for other countries, not for the United States, since about 85% of the oil and gas goes to Asian markets.

The current activities that the American administration regards as threatening are Iran’s intervention in the war in Syria. There it has supported the Syrian government and has provided various forms of aid, including military equipment, to the forces of its co-religionists in the Hizbollah movement that also supports the Syrian government. While the United States has wavered in its policy, it has generally opposed the Assad regime and has often sought to overthrow it directly with its own forces and indirectly through both Israel and various Syrian resistance movements.

Short of full-scale war, the reality is quite different. Israel has one of the dozen strongest military forces in the world and is unmatched in the Middle East. Mainly supplied and paid for by the United States, it far outclasses Iranian military capacity in all dimensions but one, the capacity for guerrilla warfare.

So the second question is how likely are we to win a war with Iran? That is, we are unlikely to buy an aggressive policy if we think we can’t win it on acceptable terms. So what would happen in an American attack on Iran?

The balance of forces seems clear: in the Iran has a large military force, originally trained and equipped by the United States with some help from Israel. But much of its equipment is antiquated. For example, its principal fighter plane is the Northrop F-5 which was designed in the 1950s and went into service, mainly in Third World countries, in the 1960s. More broadly, I think it would be likely that at least the equipment and probably also the command and control apparatus of the Iranian army would be demolished in an American assault.

Obviously, the Iranian military establishment knows this. Ever since the Iraq-Iran war in the 1980s, Iranian strategists have regarded the formal military structure, the Revolutionary Guards (the Pasdaran-e Enghelab), as only their first line of defense. Like other revolutionary regimes, they sought to build a “peoples’ army.” Their Sazeman-e Basijs can potentially draw upon virtually the entire adult male population. At least a million, and perhaps several times that many, Iranians have been trained, equipped and deployed for guerrilla war. What is also remarkable is that the Iranian military has applied the concept and structure of guerrilla warfare at sea. While the Iranian navy would, like the army, probably be wiped out almost immediately by massive American naval forces, Iran is thought to be able to deploy hundreds of missile-armed speedboats in more than 700 bases along the Persian Gulf. Many, probably most, would be sunk but at considerable, and probably unacceptable, cost.

Both at sea and on the land, the cost to Iran would be horrific. Millions of Iranians would be turned into refugees, wounded or killed; the expensively acquired infrastructure would be largely destroyed; civic institutions would be broken; cadres of workers in every field would be “decapitated” and, at best, Iran would be reduced to something like the level of Haiti or Somalia.

The costs to America would be less catastrophic but also painful and multiple. A decade ago in my little book Understanding Iran, I predicted that “a land invasion and occupation of Iran would cost America somewhere between 20,000 and 40,000 casualties, a million seriously wounded and upwards of $10 trillion.” At that time and despite the urging of Vice President Dick Cheney, President George Bush decided that an attack on Iran was “unacceptable.”

Since that time, the United States has been almost continuously engaged in Afghanistan with mounting casualties, wasted fortune and no “victory” in sight. To borrow an expression from our earlier attempt to defeat guerrillas, in Vietnam, the “light we see at the end of the tunnel may be the headlight of an oncoming train.” A war in Iran would probably be less damaging to America than Vietnam, but it is unlikely to be less damaging than Afghanistan was to the Russians and has been to us. A high-tech beginning would almost inevitably turn into a low-tech guerrilla war. . .

In the campaign Alexander Hamilton, John Jay (our first Chief Justice of the Supreme Court) and Madison undertook to get the Constitution ratified, Madison reassured those who feared that the government they were creating would be too weak. In his essay, known as Federalist 41, he wrote “A wise nation…whilst it does not rashly preclude itself from any resource which may become essential to its safety, will exert all its prudence in diminishing both the necessity and danger of resorting to [the creation of a standing army] which may be inauspicious to its liberties.”

The Founding Fathers made their fear-driven policies explicit. They mandated in the Constitution that soldiers had to obey civilians, could not live apart in segregated bases, could be given money for only two years at a time and they had to be “raise[d] and support[ed]” as well as governed by rules set by Congress, not the president. They set these terms because they were aware from their reading of history and current events, that a president might use the military to overthrow the civic order to make himself our despot.

Such a seizure of power and destruction of lawful government, they believed “could happen here” because generally, the public favors soldiers. As the great French philosopher on whom they drew constantly, Montesquieu warned them, the public will idolize soldiers and demean civilian leaders. Military leaders appear manly and brave, offer what appear to be simple solutions to complex problems and put on great displays. The fife and the drum have always enchanted not only warriors but also adoring civilian, as in the overthrow of Roman Republic to impose upon them a dictatorship.

The first serious test of our system came under President Thomas Jefferson. His America was caught in the arms of a British and French vice, the Royal Navy and Napoleon’s army, and was being squeezed. More than being squeezed, its understanding of the nature of the carefully balanced system the Founding Fathers had created was being challenged. How could America be strong enough both to defend itself both against foreign attack and yet preserve its liberties? The debate over that question became bitter and has never since been resolved.

In the Republican party [Jefferson’s party] any vote for a standing army had been hitherto considered a crime. The Federalists in 1801 had left a force of five thousand men; Jefferson reduced it to three thousand…The United States fort at Newport was garrisoned only by goats…War, which every other nation in history had looked upon as the first duty of a State, was in America a subject for dread, not so much because of possible defeat as of probable success.

Jefferson’s son-in-law, Congressman John W. Eppes, told his colleagues in the House of Representatives that

If we depend on regular troops alone, the liberty of the country must finally be destroyed by that army which is raised to defend it…It is by standing armies and very often by men raised ln an emergency and professing virtuous feeing, but who eventually turned their arms against their country.”

Jefferson had always taken the same position, but, at the end of his Administration, fearing a British invasion more than “the risk of military despotism at home,” he asked Congress to authorize an additional enrollment of 6,000 soldiers . . .

In a war with Iran, we would of course seek to divide the Iranians and win the “hearts and minds” of a significant number. But, in the context of a brutal guerrilla war it would be hard for any Iranians, even those who hate the current regime, to support us. I don’t see even the mojahedin-e khalq playing a South Vietnam-like or Kabul-like role. We would quickly find ourselves alone. The Israelis would give only token support; the British might help but they could not do not much; the Europeans would distance themselves; and the Russians and Chinese would see our entrapment in the war as a major opportunity.

The result: I predict a very long guerrilla war, far into the future, worse even than Afghanistan, and costing huge casualties on both sides, and ultimately costing us about four or five times as much as the Iraq-Afghan wars, perhaps as much as $20 trillion. So severe would be the dislocation to the international system that it is at least possible that warfare in Iran would spill over into other conflicts. Finally, even worse might be the impact on our increasingly brittle social-political-legal system. The attack on Afghanistan destroyed the Soviet Union. Is it impossible that an attack on Iran could destroy the essence of our democratic civil culture?

I hope we won’t try to answer that question.

William R. Polk is is a graduate of Harvard University (B,A. and Ph.D.) and Oxford University (B.A. and M.A.). He helped to found the Center for Middle Eastern Studies at Harvard University from 1955 to 1961 when President Kennedy appointed him the Member of the Policy Planning Council responsible for the Middle East, Central Asia and much of Africa. In 1965, Dr. Polk resigned from government service to become Professor of History at the University of Chicago. There he established the Center for Middle Eastern Studies and was a founding director of the American Middle Eastern Studies Association. He was called back to the White House briefly during the 1967 Middle Eastern war to write a draft peace treaty and to act as assistant to the former Director of the National Security Council and then the President's special assistant, McGeorge Bundy. In 1970, at the request of Israeli Prime Minister Golda Meir he successfully negotiated with President Nasser of Egypt a ceasefire on the Suez Canal. In addition he has appeared frequently on radio and television programs including CBS, ABC, PBS, and BBC. His many books are available here.