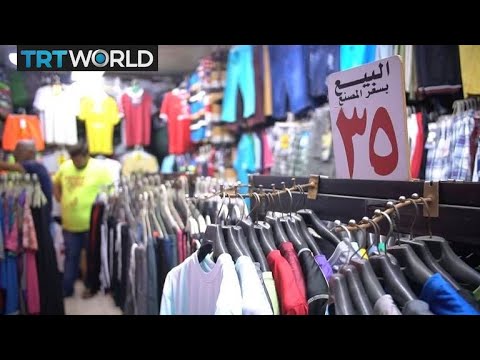 The index, which has recorded governmental progress in human development since 1990, takes into account three main indicators: income per capita calculated in US dollars, average life expectancy, and markers of education including literacy rates and expected years of schooling.

Egypt ranked precisely in the middle of other countries in the Arab world, with the United Arab Emirates, Qatar, Saudi Arabia topping the regional list. Yet Egypt ranked below Algeria, Iran and Libya, highlighting an increased strain faced by the Egyptian government in promoting human welfare in comparison to its neighbours who are also facing internal conflict.

When the HDI score is adjusted for inequality, which can mask the actual distribution of development achievements in society, Egypt’s score loses a further 29.2 per cent of its value, reflecting the widespread variation between the rich and poor in the country.

Egypt also ranked low on the report’s Gender Inequality Index, which reflects gender-based inequalities in the areas of reproductive health, empowerment and economic activity. Egypt ranked 101 out of 160 countries, with a high number of women dying in childbirth, whilst fewer women completed secondary education compared to their male counterparts and only 22.2 per cent of Egyptian women active in the labour market.

Egypt has been struggling to implement reforms stipulated by the International Monetary Fund as part of the country’s loan agreement with the International Monetary Fund (IMF). Despite being ranked in the top 25 most powerful countries in the world by US News and World Report last year, inflation in Egypt reached its highest level since 1986, at 33 per cent after the currency was floated in 2016. Finance authorities also introduced VAT for the first time, increasing the cost of countless goods; it simultaneously cut state subsidies on fuel, electricity and water.

The policies have added to the financial woes of many millions of Egyptians living below the poverty line, who have complained of being unable to afford basic necessities since the price jumps. In June, it was reported that Egypt is also planning to increase public tax revenues by 131 per cent over the next four years, despite President Abdel Fatah Al-Sisi approving a law just two months earlier that allowed for an increase in the salaries of senior state officials.

In July, in an unprecedented show of digital dissent, hundreds of thousands of Egyptians took to Twitter to voice their discontent and call for Al-Sisi to step down in the aftermath of further fuel and electricity subsidy cuts.

Upon release of the data, the UN described global inequality as the defining challenge of the current time, having found that growing income differences had lowered the global HDI by one-fifth. The report noted that ongoing conflicts in Yemen, Syria and Libya had also naturally affected the global HDI given severe risks to life expectancy and economic set-backs.