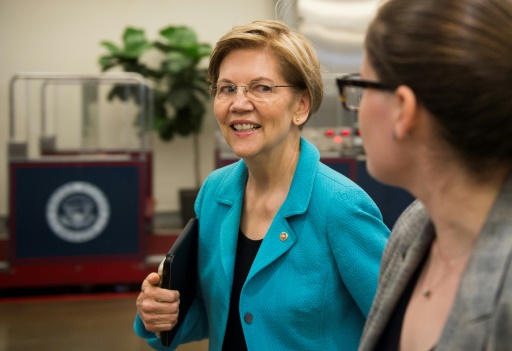 Washington (AFP) – US Senator Elizabeth Warren said Thursday it is time to invoke a constitutional amendment to remove President Donald Trump if top officials believe he can no longer fulfill his duties.

“If senior administration officials think the president of the United States is not able to do his job, then they should invoke the 25th Amendment,” Warren told CNN.

Section 4 of the 25th Amendment of the Constitution allows the vice president and cabinet officials to write to Congress if they believe the president cannot do his job.

In that event, the vice president would assume presidential duties — permanently if Congress agrees in a subsequent vote that the president cannot discharge his duties.

The amendment, ratified in 1967, allows for a temporary transfer of power if the president is incapacitated by something like surgery, as in 2002 when George W. Bush underwent a colonoscopy.

The far more consequential Section 4 has never been used, however, and experts say the process is particularly fraught.

The op-ed was published on the same day as explosive excerpts of veteran investigative journalist Bob Woodward’s upcoming book which described how officials would remove important documents from Trump’s desk to stop him signing off on bad policy.

Warren, a potential 2020 presidential candidate, expressed alarm that senior officials were offering anonymous but searing critiques of a troubling presidency but not taking constitutional action.

“What kind of a crisis do we have if senior officials believe that the president can’t do his job and then refuse to follow the rules that have been laid down in the Constitution?” Warren said.

“They can’t have it both ways.”