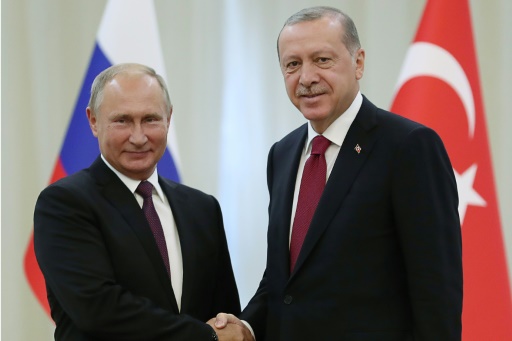 Sochi (Russia) (AFP) – Moscow said Monday there would be no assault on Syria’s Idlib as the leaders of Russia and Turkey agreed to create a demilitarised zone around the Syrian rebel-held province.

Russian President Vladimir Putin and his Turkish counterpart Recep Tayyip Erdogan — who are on opposite sides in the deadly seven-year conflict in Syria — met for over four hours in Russia’s Black Sea resort of Sochi to decide the fate of Idlib, home to three million people. 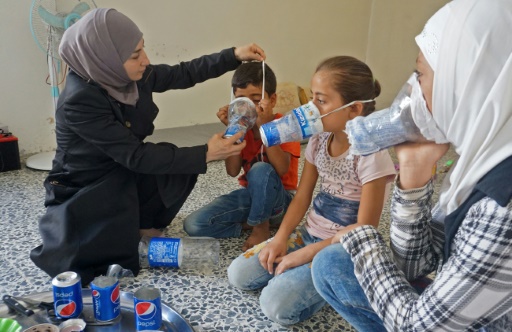 AFP/File / Muhammad HAJ KADOUR. Fears have been raised of an imminent air and ground attack to retake the last major opposition bastion.

“We will prevent a humanitarian tragedy which could happen as a result of military action,” Erdogan said after the talks.

Putin said the two leaders agreed to create a 15-20 kilometre-wide demilitarised zone along the line of contact between rebels and regime troops by October 15.

This would entail a “withdrawal of all radical fighters” from Idlib including the Al-Nusra Front, he added.

Putin and Erdogan also agreed on the withdrawal of “heavy weaponry from this zone,” including tanks, multiple launch rocket systems, and rocket launchers belonging to all armed groups, the Russian leader added.

The demilitarised zone will be secured with the help of “mobile patrol groups of Turkish contingents and contingents of Russian military police,” Putin said.

By the end of the year, transportation routes between the key port of Latakia and Aleppo as well as Latakia and the major city of Hama must be restored, he added.

Russian Defence Minister Sergei Shoigu said that the agreement between Putin and Erdogan meant that no military action would be taken against Idlib, Russian news agencies reported.

Russia-backed forces of the Syrian regime have massed around Idlib province in recent weeks, sparking fears of an imminent air and ground attack to retake the last major opposition bastion.

The United Nations and non-governmental organisations have repeatedly warned that such an offensive would unleash a “bloodbath” and “humanitarian catastrophe” in Idlib.

Turkey has repeatedly called for a ceasefire to avert a possible attack.

Erdogan and Putin met previously on September 7 in Tehran for a three-way summit with Iranian President Hassan Rouhani.

At that summit the Russian and Turkish leaders openly disagreed over how to deal with the rebel stronghold, which borders Turkey.

Tanks and other hardware, with a convoy of 50 military vehicles, were sent over the border Sunday, according to the Hurriyet daily.

Turkey however backs opposition fighters seeking the ouster of the Syrian leader. It has said a large-scale offensive against the rebels could trigger a mass exodus towards its border.

Russian and Syrian air strikes, artillery fire and barrel bomb attacks have killed more than 30 civilians across the province in the past month, according to the Syrian Observatory for Human Rights.

The bombardment has slowed over the past week, however, and Russian Foreign Minister Sergei Lavrov said Friday that the Syrian regime is not preparing a major offensive against Idlib, adding that Moscow will do everything to protect civilians. 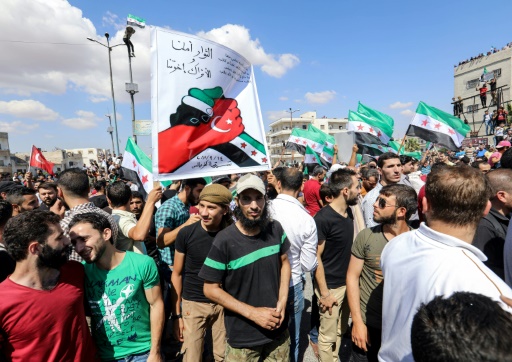 AFP/File / OMAR HAJ KADOUR. Turkey has said a large-scale offensive against the rebels could trigger a mass exodus towards its border.

“What is being presented at the moment as the beginning of a Russian-backed offensive by Syrian forces is not a faithful representation of the facts,” Lavrov said.

“We are doing everything to ensure that the civilian population would not suffer,” he said.

Turkish Foreign Minister Mevlut Cavusoglu on Friday said Turkey was ready to cooperate with anyone in the fight against terror groups in Syria.

But he criticised the Damascus regime for using the presence of jihadists to legitimise a possible operation in Idlib.

The Syrian civil war erupted in 2011, when the Assad regime launched a crackdown on pro-democracy protests. The crackdown evolved into a complex conflict involving jihadists and world powers.

It has killed an estimated 360,000 people and forced millions to flee their homes.