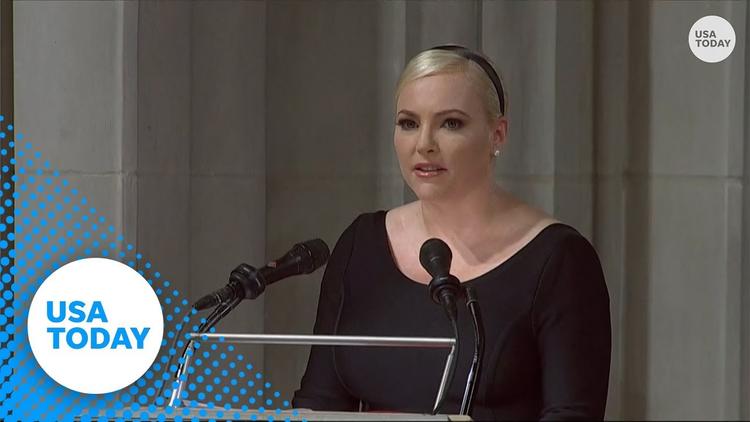 Ann Arbor (Informed Comment) – Cable television news shows and perhaps social media as well are misleading us by concentrating on personalities instead of issues, and the funeral of Sen. John McCain was more of the same. I was once in the same room with John McCain at a DC think tank meeting, and on the same side as he on an issue. I can’t say I knew him, but clearly he was a great man, and I was moved by the eulogies at his funeral.

That isn’t the point. The really big problems that the United States faces are not a matter of personality. They are structural. On structural matters, McCain voted with Trump 83% of the time.

McCain was the third generation of naval officers and he married an heiress worth $120 million. He was part of the American elite in an uncomplicated way, and he often contributed to our structural problems.

The personal is about who exactly builds the foundation of your house. The structural is whether your house is about to fall down because it was badly made.

The biggest challenge facing the United States is the climate crisis. McCain, unlike Trump, was not a climate denialist, but he also wanted to undo the ban on offshore oil drilling and generally sided with the fossil fuel industry. He promoted green energy as well, but an “all of above” energy policy such as his is inevitably high-carbon and bad for our climate.

Another huge issue threatening our democracy is the concentration of the national wealth in fewer and fewer hands. The top one percent are taking home 20% of the wealth we generate every year. McCain was fine with Trump’s tax giveaway to the rich, which will mean cuts in government services and thus represent a massive transfer of wealth from workers to the super-rich.

One reason for the concentration of wealth in ever fewer hands is that workers’ collective bargaining rights have been knee-capped by right wing social policy. McCain was anti-union.

We have a crisis of health care insurance in this country, which Trump is trying to worsen by destroying the ACA with a thousand cuts. McCain was against Obamacare to begin with. It is true that he temporarily interfered in Trump’s ongoing attempt to destroy the Affordable Care Act, but philosophically McCain did not like it and did not vote for it when it was introduced.

Since 9/11, we’ve developed a Forever War syndrome and few can remember that in 1995 we weren’t actively war-fighting anywhere. We have big ongoing conflicts in Afghanistan, Iraq and Syria and are backing the Saudis in Yemen. McCain came to regret cheerleading for the Iraq War, but he remained till the end a proponent of the constant exercise of US military power abroad.

Although his interventionism was often in the name of human rights, McCain had the same blindspots as other US politicians. One 2015 headline said, “McCain outraged at idea of Palestinian state.”

Of course, on many policy issues, including campaign finance reform, torture, civil rights and immigration, McCain took admirable stances. He complained about Abdel Fattah al-Sisi taking Egypt backwards on human rights. But on the above most pressing structural problems, he tacked with the same wind as the rest of America’s business elite. That doesn’t mean he wasn’t a hero or wasn’t a great guy. It means that politics isn’t only about personalities, and cable news contrives to instill false consciousness when it focuses on them instead of on policy, issues, and the questions of class and wealth distribution. But then, the CEOs of cable news are representing the same business classes for whom right wing social policy has been crafted.