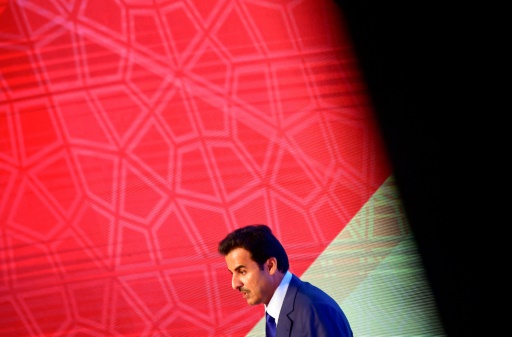 Berlin (AFP) – Qatar’s emir Sheikh Tamim bin Hamad Al-Thani said in Berlin Friday his country would invest some 10 billion euros ($11.6 billion) in Germany, as he battles a policy of isolation by neighbouring states.

“We are announcing Qatar’s desire to invest 10 billion euros in the German economy over the coming five years,” the Gulf state leader said as he opened a German-Qatari business forum alongside Chancellor Angela Merkel.

Qatar plans to invest in the car, high-tech and banking sectors — three traditional strengths of the German economy.

Business daily Handelsblatt reported that Doha is especially interested in Germany’s dense network of small- and medium-sized firms known as the “Mittelstand”.

In recent years its German investments in larger industrial or financial firms have often soured, including in the country’s troubled largest lender Deutsche Bank.

For more than a year, the United Arab Emirates, Saudi Arabia, Bahrain and Egypt have cut off ties with Qatar, accusing it of supporting “terrorist” movements, cosying up to Iran and undermining stability in the region.

The cold shoulder from its neighbours has prompted Qatari leaders to fall back on more distant allies, with Germany now its third-weightiest trading partner after the US and China.

Bilateral trade has more than doubled since 2011, to around 2.8 billion euros.

Qatar is the world’s largest exporter of the fuel.

Both capitals also have a common interest in Turkey, with Qatar announcing $15 billion of investments there last month.

Meanwhile Berlin is bound to Ankara by Germany’s millions-strong Turkish diaspora community and an agreement for Turkey to hold back refugees from the Middle East from reaching Europe.

Turkey’s lira currency has been weakened recently as President Recep Tayyip Erdogan and US President Donald Trump engage in a diplomatic face-off with mutual sanctions.