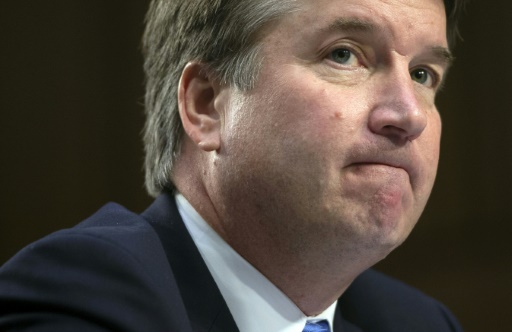 By Eileen M. Ahlin | (The Conversation) | – The accusation of sexual assault against Supreme Court nominee Brett Kavanaugh, made by California professor Christine Blasey Ford, has been met with a variety of responses.

Among those responses has been the idea that what happens when someone is young should not be held against them, especially if they’ve led a commendable life ever since.

My research and that of others on criminal justice shows that, in fact, that’s not the way the system treats offenses committed by minors, especially if they are a person of color. Their crimes often haunt them for the rest of their lives.

Everyone makes mistakes they would rather leave in the past. Whether it’s a missed opportunity, a failed relationship or an unwise investment, many people move on and leave life’s regrets behind.

This is not always true if the mistake is a crime, and you are caught.

When a juvenile, a person under 18 years of age, is arrested and charged with a crime, prosecutors can decide to transfer the youth to an adult court or keep their case in juvenile court. This decision is based on several factors, including the seriousness of the offense, the offender’s age and prior criminal history. Some research indicates that race plays a role in this decision.

Youth who stay in the juvenile system may be eligible to have their criminal record closed to the public; their records would remain open to the public in adult court. If the case is transferred to the adult system, juveniles may face time in jail or prison in adult facilities. Juveniles sentenced in adult courts can get longer sentences than they would if they were sent to juvenile court.

Minority youth are more likely to be transferred to adult courts and are given significantly longer sentences than their white counterparts.

Publicly available records for crimes committed by juveniles are one way that the crimes can stick with the child as they grow into adulthood, regardless of their subsequent behavior.

There are some ways to remove offenses from an individual’s criminal history. The primary way is by petitioning the court to “expunge” the offense.

This can result in a case being sealed from public view or erased.

However, these options are not available to everyone. Not all states offer expungement and not all offenses are eligible. Examples include murder and rape.

When expungement is an option, judges disproportionately grant it to white youth.

Without expungement, criminal arrests, convictions and periods of incarceration stay on your criminal record for life for both juveniles and adults.

The fact that criminal histories from a person’s youth can follow them through their lifetime has meaningful consequences.

Prior behavior and interactions with the criminal justice system – arrests, convictions and incarceration – can impede employment opportunities, reduce access to social services such as welfare and limit housing options. These punishments are most pronounced among minorities.

Take employment, for example. Many employers ask job seekers to check a box on the job application to indicate whether they have a criminal history.

Checking the box can be damaging to a person’s opportunities, even if they were found not guilty or there was insufficient evidence to secure a conviction. Applicants with a criminal history who are honest and check the box may not receive an interview. Those who do not disclose an arrest, conviction or a period of incarceration run the risk of being fired if the truth is discovered.

A national “Ban the Box” initiative, started by civil rights organization All of Us or None in 2004, has brought attention to this issue. But even if employers were to no longer ask applicants to report criminal history, they can still find that information through arrest records on online search engines or state police databases.

Sociologist Devah Pager shows that having a criminal record while job hunting is particularly damaging to people of color. As Pager notes in her book “Marked,” criminal behavior has a long-term effect on employment. These effects surface at the point of arrest and do not disappear if found not guilty.

For many, the punishment for crime continues even after completing the actual punishment they were assigned by a judge – fines, probation, jail or prison.

Is the past really prologue?

Many people argue that the disadvantages of living with a criminal history, particularly a one-time offense, may be unduly burdensome.

The criminal justice system should address whether all past behavior should influence job prospects.

Is there a period of time where past behavior is no longer relevant? Or are the disadvantages that result from past mistakes inevitable?

Some would argue that it depends on the crime. For example, many people believe child sex offenders should not be able to work with children. Others argue such limitations further racial inequities.

These debates suggest it may be worth examining how blanket penalties that result from having a criminal record for life may be exacerbating already existing racial biases in the criminal justice system.

Featured Photo: AFP/File / SAUL LOEB. Kavanaugh faces a new allegation that he assaulted a woman when they were teenagers.