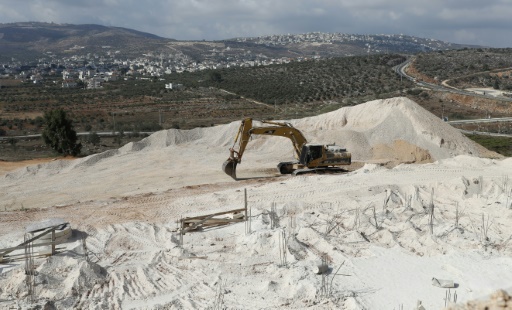 Washington (AFP) – The Palestinian diplomatic mission in Washington ceased operations on Thursday following a demand by the United States to shut down but expressed hope the closure would be short-lived.

State Department officials on Monday ordered the office shuttered, in a bid to pressure the Palestinians to enter peace talks with Israel.

It was the latest point of tension between the administration of President Donald Trump and the Palestinians, who cut off contact with Washington after Trump recognized the disputed city of Jerusalem as Israel’s capital in December.

“Today is the deadline” for closure, Husam Zomlot, who headed the Palestine Liberation Organization mission, said in a Facebook video addressed to “the great people of America.”

The closure came on the 25th anniversary of the Oslo accords, the first agreements between the rival Israelis and Palestinians which promised to end decades of deadly conflict, but which are now deadlocked and tarnished by soured relations.

Zomlot on Thursday denounced the “unfortunate and vindictive” US move to close the Palestinian mission.

“Our president, leadership and the people of Palestine opted for our rights.”

Zomlot said the Palestinians were “extremely saddened by the current state of affairs.”

Addressing the “millions upon millions” of Americans who remain friends of Palestine, he hoped that “may we soon return to continue to be a symbol and a reflection of the historic relationship between the Palestinian and the American people.”

Prior to ordering the mission’s closure, the United States cut more than $200 million in aid to the Palestinians and canceled its support for the UN agency for Palestinian refugees.

The move to not grant the mission its normal six-month renewal came after Palestinian leaders allegedly breached the arrangement by calling for Israeli officials to be prosecuted at the International Criminal Court in The Hague.

Palestinian leaders say Trump’s White House is blatantly biased in favor of Israel and is seeking to blackmail them into accepting its terms.

Under Trump, the United States is further away than ever from playing its traditional role as mediator in the long-simmering Middle East peace process.

But Trump, a foreign policy novice, promised upon taking office to help broker the “ultimate deal” between Israel and the Palestinians.

“Wait until the peace plan is released, and when it’s released, please read it cover to cover and judge the plan on its merits — not on rumors, not on speculation, not on news reports, but on what’s in it,” one of the US negotiators, Jason Greenblatt, said Thursday on Twitter.

State Department spokeswoman Heather Nauert said, however, that the administration is “not ready to unveil” the plan but remains optimistic.

“There needs to be a different kind of approach. Nothing has worked so we’re trying a different approach,” she said.

Featured Photo: AFP/File / SAUL LOEB. The Palestine Liberation Organization (PLO) office in Washington has now ceased operations, under an order from the US State Department.