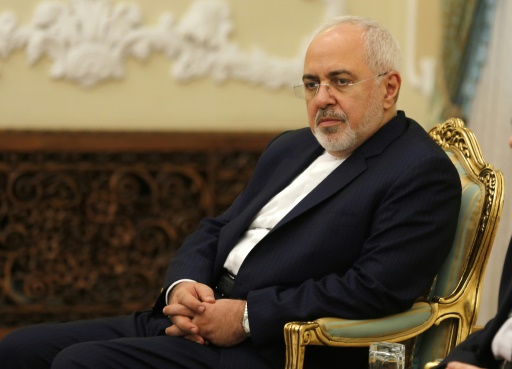 Damascus (AFP) – Iran’s foreign minister met with Syrian President Bashar al-Assad on Monday in a surprise visit to Damascus ahead of a looming regime offensive against the country’s last rebel stronghold.

On Monday afternoon, he met Assad to discuss “issues on the agenda for the tripartite meeting,” according to the Syrian presidency’s account on the Telegram messaging app.

A statement by Syria’s foreign ministry said Zarif and Muallem discussed political and military developments “in preparation for the tripartite summit for guarantors of the Astana process.”

Since early 2017, Iran, fellow regime ally Russia and rebel backer Turkey have sponsored a negotiations track based in the Kazakh capital to tamp down hostilities in Syria.

The presidents of the three countries are due to meet in Tehran on Friday to discuss the conflict.

Last year, they had designated Idlib province in the northwest as a “de-escalation” zone where violence would halt in preparation for a countrywide ceasefire.

But Syrian government forces are now massing around the province, which has become the last rebel bastion in the country.

Idlib is held by a complex array of rebels and jihadists, many of whom have been blacklisted as “terrorists” by world powers.

Russia and Iran have insisted that jihadist groups in Idlib must be defeated and are expected to back regime forces in any assault.

Tehran has provided steady political, financial and military backing to Assad throughout the war, which has left over 350,000 people dead since it broke out in 2011.

Iranian Defence Minister Amir Hatami was in Damascus last week and signed a “defence and technical agreement” designed to ensure the continued “presence and participation” of Iran in Syria.