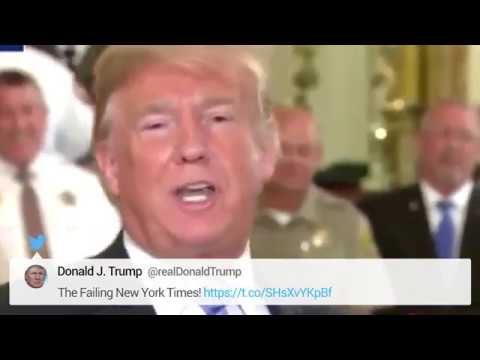 The anonymous op-ed in the New York Times Wednesday that described a White House in meltdown was not an act of courage. It was a piece of moral cowardice of the worst sort.

The writer wanted to assure us that there are “adults in the room” around Trump who are reining in his worst plans and quietly sabotaging his attempts to withdraw from trade deals or assassinate Syrian president Bashar al-Assad.

I am not assured. The author gloated,

There are bright spots that the near-ceaseless negative coverage of the administration fails to capture: effective deregulation, historic tax reform, a more robust military and more.

And that quote tells you everything you have to know. This author supported the tax scam passed by the GOP last February, which cut government services for most people and gave the super wealthy a huge and wholly undeserved tax cut.

The author supports “deregulation” of a sort that has gutted the environmental regulations that had reduced poisons in our air, soil and water. This regime is literally trying to poison babies. This guy thinks that is great.

Trump raised the US war budget to $700 bn. even though the US has no peer enemy. We spend as much on our military as the next 14 countries combined. All together, the US probably spends $1 trillion a year on military-related expenses. Military spending creates few jobs, and about half of that money is given out to private contracting firms, so that it is welfare for the rich. The money could have gone to student debt relief or rebuilding Puerto Rico. This guy thinks that the bloated military budget is an accomplishment.

The conclusion is that the more corrupt sections of the ruling US business classes are perfectly willing to use Trump to achieve their Libertarian paradise of no taxes on the rich and their praetorian paradise of a military potlatch. (The dictionary defines it this way: “(among North American Indian peoples of the northwest coast) an opulent ceremonial feast at which possessions are given away or destroyed to display wealth or enhance prestige.”)

While they are taking steps to reinforce inequality, harm our health and increase instability, they are mildly worried about the erratic behavior of the big orange man who brought them to Washington.

They are managing and manipulating the idiot president and achieving their fondest goals of looting the country.

The op-ed isn’t treason to Trump. It reveals that the Trump administration is committing treason toward “We the People.”