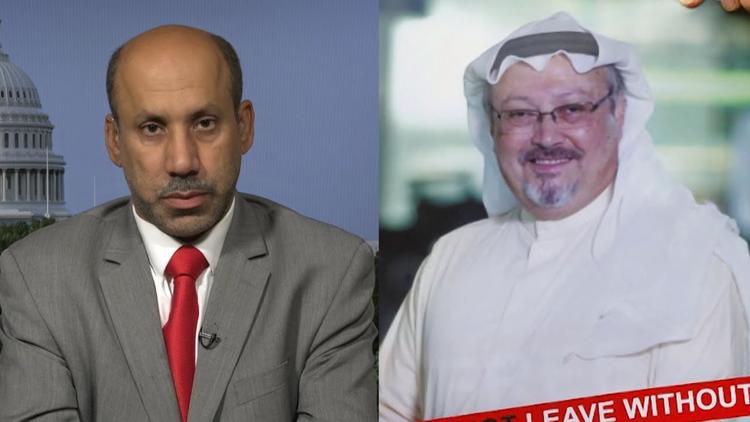 (Informed Comment) – The disappearance of Jamal Khashoggi and his possible death at the hands of the Saudi state operatives in its consulate in Istanbul is a blow to responsible politics and advocates of international relations based on broad consensus over norms of behavior, the rule of law, accountability, and transparency. Mr. Khashoggi has sacrificed a great deal in his personal life and fortunes to pursue his journalistic call to speak truth to power, especially in his native country of Saudi Arabia. His disappearance and possible death is only the latest episode of Saudi political elites’ reckless silencing of political dissidents, and even treating own citizens as mere followers of the al-Saud ‘royal’ tribe.

The rise of Muhammad Bin Salman to political prominence as a declared reformer highlights the ‘rudimentary’ nature of power politics in the kingdom, where persons and personalism—the hallmarks of patrimonial power politics— can still dominate the country eighteen years into the 21st Century. Prince Salman has already pushed the Saudi-Iranian relations to the point of war, involved the country in a brutal war in Yemen, ostracized Qatar and created a crisis in the (Persian) Gulf Cooperation Council, and now the Jamal Khashoggi Affair. This is to say nothing of using the state power to embezzle money from power elite in the country in the name of fighting corruption. While broader social freedoms for women and men alike are tightly controlled, the ‘reformist’ prince silencing any voice of decent while ‘granting’ women the right to drive!

Little has changed since the rise of the country in the 1930s as the Saudi political system still maintains its initial tribal structure. Since its founding in 1932, the Kingdom has clinched on to its traditional tribal fundamentals dominated by the ruling family and its cohorts, while coloring itself with all the gleaming and reflective façades of modernity. The result has been, expectedly, a politically static Kingdom, where citizens are treated as mere subjects without fundamental human rights. The Saudi nationals of twenty-seven million share their misfortune with the Kingdom’s 8.5 million non-nationals who are even more deprived of basic human rights and decent economic life.

The populace has little to say about the very sociopolitical and economic policies that determine their livelihood and allows for the extent of public space in a thriving civil society. Similarly, Saudi Arabia’s foreign policy is a hostage to the narrow interest of the ruling elite, limiting the legal and institutional scope and the veracity needed for a dynamic and effective approach in pursuit of national interest. Without political change through either evolution or revolution, the future of the country and its foreign policy will remain incoherent, oppressive, and conflict-prone.

Saudi Arabia’s political economy rests on the twin pillars of neopatrimonialism and Rentierism: its political economy symbolizes that ‘peculiar modality of the capitalist mode of production—a mix of Patrimonialism, nepotism, and crony capitalism, pillaging of public property, swollen bureaucracy, and generalized corruption, against a background of great sociopolitical instability and the impotence or even nonexistence of the role of law—that is dominant in the Arab region’ (Achcar, p. 74).

The Kingdom has experienced little political change since the advent of the Arab Spring in 2011, and, public opinion remains irrelevant in the determination of sociopolitical, economic, and foreign policies. The populace has for long been dependent on government subsidies and largesse, especially during crises times. To manage the expectations of citizens, the Saudi government is spending far too much money than it can afford. In response to the Arab Spring in 2011, the Saudi government increased its spending by 25% on the previous year to quell potential dissent, which included around $130 billion of social spending, higher pay, and bonuses for public sector workers. As Mark Lynch argues: in almost every Arab country, the economic and political problems that drove the region toward popular uprising in 2011 are more intense today than they were seven years ago. Instead of democracy and accountable governments, the proliferation of weakened and failed states, as in Libya, Egypt, Syria, Iraq, Yemen, Saudi Arabia, and the Persian Gulf States, poses serious questions about the future of politics in these countries and prospects for peace and regional cooperation.

With the bulk of its wealth coming from the sale of its natural resources rather than taxation, Saudi citizens have had relatively limited involvement in the political decision-making processes. The country remains one of the world’s most oil-dependent economies, with the sector contributing 78 percent of exports. Oil accounts for 90 percent of its exports and 50 percent of its GDP and oil constitute almost 70 percent of the Saudi government’s revenues. Energy consumption in the kingdom remains very high, surpassing those in the developed countries. Oil and gas sector scores 36 of 100 points and ranks 69th among 89 assessments in the 2017 Resource Governance Index (RGI). The RGI assessment reveals governance challenges that weaken accountability to citizens and could hinder achievement of Saudi Arabia’s long-term goals. In 2012,

The Wall Street Journal reported that Saudi Arabia might decide to reduce its energy subsidies, which comprise up to 20 percent of the government’s budget. Without a serious attempt at curtailing consumption and abiding by market mechanisms to manage the oil and gas sector, the increasing energy consumption, could make Saudi Arabia a net oil importer by 2030, as indicated in a report by Citigroup. The public sector remains immense: based on a poll conducted by Gallup, the government employs as many as eight out of every ten citizens.

The Vision 2030 promises privatization of the national oil company, the Aramco, to prepare investment in infrastructure projects. The success of this initiative will depend heavily on the ultimate valuation of the company, but Saudi Aramco’s governance receives a failing score in the index. As one observer summarizes, Vision 2030 “apparently seeks a rapid implementation of economic reforms that could have been instituted much more effectively over a longer timescale, but which have hitherto been deferred for years because they did not seem urgent and because they were presumed to have costs for political stability. A similar scenario could emerge with political reforms, which are endlessly deferred in times of social peace, but may well become a more urgent priority in the years to come.”

Saudi foreign policy framework and structure mirror-images its rudimentary domestic political structure and modus operandi. It fundamentally lacks the necessary accountable and credible foreign policy decision-making professionals and processes and is driven by special interests and corrupt politics; King Salman in 2015 dissolved 12 advisory councils and replaced them with only two: one overseeing national security, and the other tasked with guiding economic development. So, problems in foreign policy structure and function remain.

First, the Saudi foreign-policy establishment lacks any independence and its existence and operation rests primarily on the king and the ruling royals. Second, Saudi foreign policy concern is foremost over the security of the regime and not the broader national interest of the country and the populace. Third, the Saudi regime lacks the credible ‘soft power,’ except for throwing money at problems. Fourth, Saudi citizens are not equipped and are divorced from any input into decisions that are made in their names, and this makes the ruling elite a legitimate target of criticism and blame. The state sociopolitical and economic dominance means the absence of a vibrant civil society to counter the state power through organized social, political, and economic participation. Two primary agents of civil society—independent labor unions and political parties– are non-existent in the kingdom.

The creation of a regional grouping like the [Persian] Gulf Cooperation Council has resembled an informal gathering of some ‘heads of state’ without the necessary organizational and institutional structure in place for successful diplomatic engagement and confidence building. So, since the early 1980s, Riyadh and its GCC allies have failed to develop the grouping into a wider, more formal regional entity with institutional power and structure. The primary impediment? Lack of trust among the members, with smaller city-states fearful of Saudi rulers to hijack the Council to dominate the ruling families in Kuwait, Bahrain, Qatar, Oman, and the United Arab Emirates. King Abdullah warned the GCC members resisting the creation of a Saudi-led wider collective regional security in 2011.

The Kingdom has also since 2015 attempted to establish several informal multilateral coalitions and alliances in which combinations of various Arab, Muslim, and other nations participate under its leadership but within the traditional patrimonial hallmarks of informality and personalism. The Arab Coalition in Yemen, since March 2015 was followed by the Islamic Military Alliance to Fight Terrorism (IMAFT) in December 2015. The Anti-Qatar Coalition since June 2017 is to force its longtime GCC rivals to fall in line with Saudi strategic worldview. These ‘coalitions of the willing’ can also be easily disbanded once they have achieved their objective. As Rory Miller observes, absent an alternative that offers Riyadh the same opportunities to claim leadership of the Arab and Muslim world, informal alliances will remain central, although not necessarily effective, component of Saudi security thinking.

Regional politics and the advent of the Arab Spring made the kingdom to embark on a riskier foreign policy adventurism without the necessary groundwork in place. According to Saudi officials, Abdullah’s faith in Washington completely “evaporated” once the Obama administration called for Hosni Mubarak to give up power in Egypt after only days of popular protests in early 2011. The public rebuke of Bahrain’s ruling family that followed further antagonized Saudi leaders, but the deployment of a Saudi-led military force to Bahrain in March 2011 signaled a new turn. The 2015 Iran nuclear agreement, the JCPOA or the Joint Comprehensive Plan of Action, further reaffirmed the U.S. Middle Eastern policy objectives based on pragmatism.

To avert the popular desire for political change inspired by the Arab Spring movement, the regime lashed out at a supposed ‘Shi’a threat’ to the country and has since spent tens of billions on bribing its own population through cash handout, arms purchases, and lobbying. Subsequent involvement in Syria under Abdullah and in Yemen under Salman has also underscored this new Saudi willingness to take risks and project power beyond its borders without the Saudi populace having a say in policies impacting the lives of millions of people.

The Saudi government unease about a Shi’a threat to its national interests, its onslaught on Yemen, and its bullying the tiny state of Qatar to submit its sovereignty to the Kingdom reflect the use of archaic tactics in foreign policy. Such tactics are expected in the absence of legal, institutional, and democratic venues in the determination of national interest. The conduct of foreign policy without institutional and organizational logistics and procedures intact fails to embrace efforts at negotiations and conflict resolution through diplomacy to reach for common grounds with adversaries.

The war on Yemen has already led to catastrophic consequences for the Arab world’s poorest country and the Saudi people are hopeless in raising their objections to the brutal act of the state in the suppression of Yemeni people in their name. Saudi foreign policy adventurism is more a reflection of the regime anxiety about its own survival than a manufactured ‘Shi’a threat’ to the national security of the country. The Khashoggi affair only reflects the paucity of the kingdom’s foreign policy establishment and mechanism, itself a mirror-image of the state of its political underdevelopment.

Ali Abootalebi is Professor of Middle Eastern and Global Politics in the Department of Political Science, the University of Wisconsin, UWEC. He is the author of Islam and democracy: State-Society Relations in Developing Countries, 1980-1994 (Garland, 2000), coauthored with Stephen Hill, Introduction to World Politics: Prospects and Challenges for the United States, 2nd ed. (Kendall Hunt, 2018), edited, Global Politics Reader: Themes, Actors, and Issues (Cognella Publishing, 2019), and numerous articles on Iran, Arab Politics, Civil Society and Democracy and U.S. foreign policy.