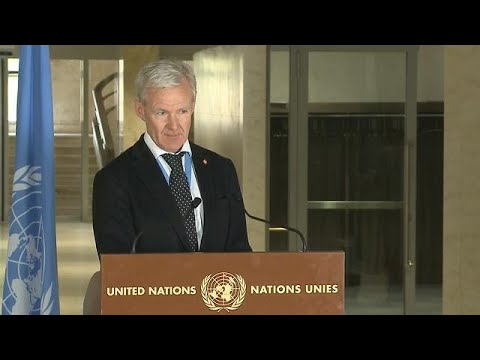 Turkey, Russia and Iran have actively involved themselves in the Syrian conflict, each with their own divergent interests. Moscow and Tehran have put their support behind the regime of the Syrian president, Bashar al-Assad, hoping it retains its influence over the strategic Syrian region. Meanwhile, since the very beginning of the crisis in 2011, Turkey has been obsessed with removing Assad.

So far, the three countries have managed to accommodate their various aims. And the meetings between the three powers in 2017 and 2018 – in Sochi, Astana, Tehran and then again in Sochi – have all played a part in this. In fact, it appears that Russian president Vladimir Putin’s main strategy since 2017 has been the continuation of this accommodation.

On September 17, for example, Putin and his Turkish counterpart, president Erdogan, met in Sochi to discuss Syria’s rebel-controlled Idlib province. Interestingly, at that meeting, Putin renounced his plan (announced in Tehran on September 7) to stage an all-out assault on Idlib. This was an apparent concession, as Turkey had opposed the plan at the Tehran summit and had called for a ceasefire instead. Back then, Putin had ignored Turkey’s objections and underlined his view that the elimination of terrorists in the region was the priority. Consequently, his latest concession looks like a significant volte face.

At their 2017 Astana summit, Russia, Iran and Turkey had all declared four regions – Idlib province, eastern Ghouta, northern rural Homs, and southern Syria (to include Quneitra and parts of Daraa governorate) – as de-escalation zones. But the Syrian regime, with the cooperation of Russia and Iran, subsequently launched offensives into some of these regions on the pretext of eliminating terrorist groups. One by one, the regions set up as de-escalation zones have been devastated.

Amberin Zaman, a columnist for Al-Monitor’s Turkey Pulse, argues that a full-scale assault in Idlib would result in the Erdogan government losing its sway over the rebels in the area and make Turkey a potential target for more radical jihadists. According to some sources, for example, nearly 60% of Idlib is controlled by the HTS, a radical jihadist group designated as a terrorist organisation by the United Nations.

Moreover, an invasion such as that tabled by Russia would likely cause another massive influx of refugees from Idlib into neighbouring countries – especially Turkey – and from there on into Europe. Russia’s bullish stance on Idlib has therefore also been condemned by the Western members of the UN Security Council.

The question is whether these criticisms were behind Putin scrapping his decision to invade or whether he has another motive.

At their September summit, Putin and Erdogan agreed there should be a demilitarised buffer zone established in Idlib by October 15, separating the rebels from Assad’s government forces. Erdogan said:

The opposition will remain where they are, but the [radical] groups that we will determine jointly with Russia won’t be allowed to operate. The boundaries of the demilitarised zone will be supervised jointly.

Nevertheless, one thing is clear – while Turkey has managed temporarily to stall an invasion of Idlib, Russia will be keeping a close eye on the situation. The deal requires those designated “radical” rebels to withdraw from the demilitarised zone – and if they don’t, Russia and Assad will have a pretext to return to their original plan.

Doubtless Russia will also incrementally apply pressure on Erdogan, at least tactically, by making Turkey responsible for removing the “radical” jihadist groups from Idlib. This would make Turkey more vulnerable to terrorist attacks, and a vulnerable Turkey would need further help from Russia, as the new hegemon of the region.

It is clear, therefore, that Putin’s strategy is not merely to support his main ally, the Assad regime, in Syria. It is also to use the conflict to break the influence of the Western alliance in the region and tie NATO member Turkey more closely to Moscow. It seems that Russia has never abandoned its Cold War strategy to invest in growing tensions between NATO allies.

Indeed, Cengiz Çandar, a veteran Turkish journalist and author, theorises that Putin is prioritising this dismembering of the Western alliance over supporting the Syrian regime, its traditional ally. In this context, the recent Sochi summit can be seen as Putin’s way of bringing Erdogan closer to Russia. This, it seems, is Putin’s “grand strategy”.

Although Turkish interests in Syria appear to conform with those of the West and NATO, this growing asymmetric dependence on Russia is forcing Erdogan to make concessions to Russia at many levels, from security to the economy. Turkey’s recent move to purchase S400 air defence missiles from Russia is one example of many. In fact, the trajectory of this asymmetric dependency is raising the question of whether Turkey is becoming a Russian proxy. A Russian proxy which is also a NATO member would be the very thing Russia wants in order to gain further leverage in its global contest with the US and NATO.

From NATO’s perspective, the political rapprochement between Russia and Turkey has so far been seen as tactical. But the conversion of this rapprochement into a growing asymmetric interdependence that favours Russia is casting doubt on Turkey’s already fragile commitment to the Western alliance. And, as Turkey gets ever more sucked into the Syrian conflict, so it becomes harder for Erdogan to disengage from Putin. With the Syrian conflict right on its borders, and Russia and Iran increasingly shaping the region’s politics, Turkey is becoming beholden to NATO’s enemies.

The situation suggests that to achieve security within its borders Turkey may be asked to resign itself to the desires of these two powers – two powers that would do anything to weaken the West and NATO.