By Luana Sarmini-Buonaccorsi with Gokan Gunes in Istanbul | –

Erdogan appeared to deflect blame from King Salman, with whom he has a cordial personal relationship, by expressing confidence of the ageing monarch’s full cooperation, they said.

But without mentioning Prince Mohammed by name, Erdogan used language that appeared to give credit to suspicions against the crown prince, a headstrong figure known as MBS and seen as the driving force in day-to-day rule of the kingdom.

Erdogan called for all involved in the killing — from those who ordered the murder to the executors — to be punished.

He urged Riyadh to reveal everyone involved in Khashoggi’s death, regardless of whether they were high or low ranking.

Local media and anonymous Turkish officials have accused Prince Mohammed of ordering the murder, arguing that officials alleged to be close to him were involved. Riyadh has rubbished such claims.

“For Erdogan, (the Saudis) still have to answer two questions: where is the body? Who sent the team (of 15 Saudis to kill the journalist)? These last two questions are obviously aimed more at MBS than King Salman,” Jean Marcou, associate researcher at the French Institute of Anatolian Studies, told AFP.

Khashoggi went to the Saudi consulate to obtain documents ahead of his marriage to his Turkish fiancee. He was never to be seen again. 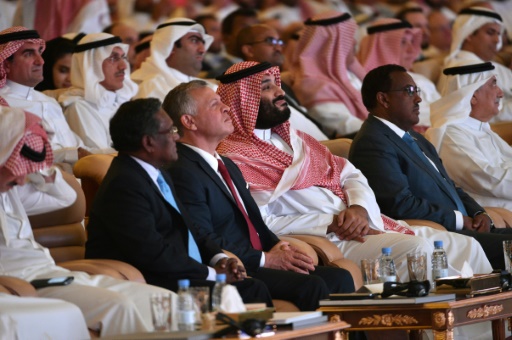 While Riyadh says that Khashoggi died in a “brawl”, Erdogan’s comments pointed to premeditated murder, in direct contradiction to the Saudi version.

But Erdogan avoided confirming the most sensational details that have been leaked to the Turkish press over the killing and his speech was notably low on harsh rhetoric against Riyadh.

Erdogan wants to avoid any action that could “burn his bridges” with Riyadh, Khalil Jahshan, executive director of Arab Center Washington, told AFP.

“The relationship is important to him, particularly at the economic level, with significant Saudi investments in the Turkish economy, and future investments that are hoped for by Erdogan’s government,” Jahshan said.

Riyadh has also kept a close eye on the Turkish government’s close relationship with the Muslim Brotherhood, considered a “terrorist” group by Saudi Arabia and its allies.

Avoiding a diplomatic rupture with Riyadh is all the more important for Turkey since its economy is coming under strain from currency weakness and high inflation.

Jahshan said that even if Erdogan’s speech did not “bring anything new”, the Turkish leader’s comments clarified what was already known into “a coherent form”.

“It was a form of pressure on the Saudis to do their share” since Turkey had done its share and Erdogan challenged Riyadh to “pursue whoever gave the green light”.

“So criticism yes, some sort of legal challenge for Saudi Arabia to confront the issue on their side, but no challenge that would harm their relationship.”

Erdogan also demanded the 18 people arrested in Saudi Arabia as part of the kingdom’s investigation into the murder are tried in Istanbul.

“The ball is thus in the Saudi camp,” said Marcou. “(It’s) a way to offer the king a way out but also that with him, discussion is possible.” 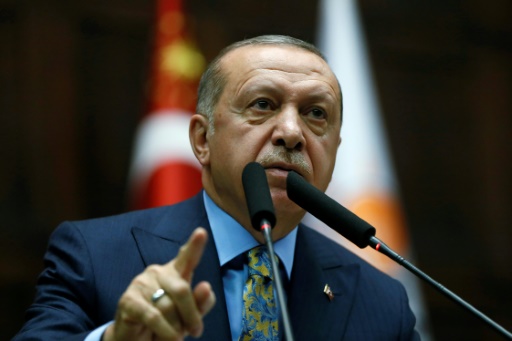 TURKISH PRESIDENT OFFICE/AFP / KAYHAN OZER, HO. Erdogan has demanded that the 18 people arrested in Saudi Arabia should be tried in Istanbul.

Jana Jabbour, a professor at Sciences Po university in Paris, said by keeping a media “buzz” over the weekend with the promise of Erdogan’s revelations, it was “a way of putting pressure on Riyadh and blackmail in order to get concessions from MBS”.

Jabbour said it was mission accomplished.

“Erdogan’s very moderate speech shows that a deal had been reached in the hours before the speech,” she said.

“Whatever he got, Erdogan has come out as the winner of this affair: he has successfully tarnished Riyadh’s image and that of MBS, and robbed them of prestige on the regional and international stage.”