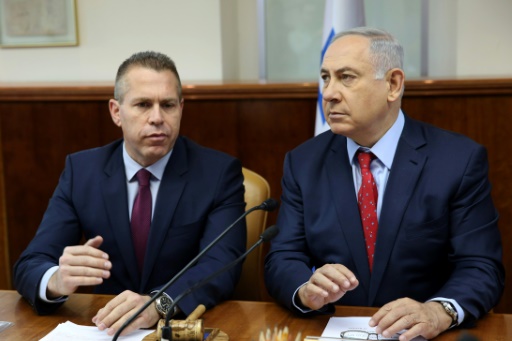 Washington (AFP) – The United States said Wednesday that it supports freedom of expression and was in touch with a Florida student refused entry into Israel over her alleged support for a pro-Palestinian boycott campaign.

The State Department said that the US embassy in Jerusalem was offering consular assistance to 22-year-old Lara Alqasem, who has chosen to challenge her ban into Israel and has been held for a week.

“As a general principle, we value freedom of expression even in cases where we don’t agree with the political views expressed and this is such a case,” State Department deputy spokesman Robert Palladino told reporters.

“Our strong opposition to the boycotts and sanctions of the state of Israel is well-known,” he said.

But he added: “Israel is a sovereign nation that can determine who enters.”

Alqasem, whose father is of Palestinian descent, had planned to study human rights at Hebrew University and had an Israeli visa, her mother, Karen Alqasem, told Florida community radio station WMNF.

But Lara was stopped at Tel Aviv’s Ben Gurion Airport and asked about the origin of her surname and her father’s place of birth, her mother said.

She was denied entry over membership, which she denies, in a pro-Palestinian student group at the University of Florida, according to her mother.

Israel last year passed a law banning the entry of supporters of the Boycott, Divestment, Sanctions (BDS) movement, which advocates isolating the Jewish state over its treatment of Palestinians and is inspired by international advocacy against apartheid-era South Africa.

Israel’s internal security minister, Gilad Erdan, said that Alqasem would be allowed to stay and take her place in university if she publicly denounces the BDS movement.

POOL/AFP/File / GALI TIBBON. Israeli internal security minister Gilad Erdan (L, pictured July 2017) said that US student Lara Alqasem would be allowed to stay and take her place in university if she publicly denounces a pro-Palestinian group of which she is allegedly a member.