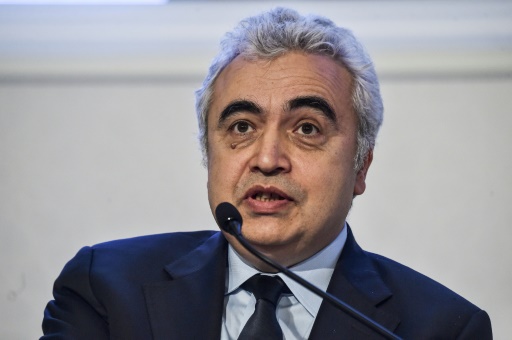 The energy sector accounts for 80 percent of global CO2 emissions, with most of the rest caused by deforestation and agriculture, so its performance is key to efforts to rein in rising world temperatures.

“I’m sorry, I have very bad news for you,” IEA Executive Director Fatih Birol told guests at a diplomatic function hosted by the Polish embassy in Paris.

“Emissions this year will increase once again, and we’re going to have the COP meeting when global emissions reach a record high,” he said, referring to the December UN climate summit in Katowice, Poland.

After remaining flat for three years, total global CO2 emissions in 2017 rose by 1.4 percent, dashing hopes that they had peaked.

The meeting in Katowice is tasked with finalising the “operating manual” for the 195-nation Paris Agreement, which enters into force in 2020 and calls for capping global warming at “well below” two degrees Celsius (3.6 degrees Fahrenheit), and at 1.5 C if possible.

“The chances of meeting such ambitious targets, in my view, are becoming weaker and weaker every year, every month,” Birol told invitees, including former French prime minister Laurent Fabius, who shepherded the 2015 treaty to a successful conclusion, and Poland’s junior minister Michal Kurtyka, who will preside over the December summit.

With one degree Celsius of warming so far, Earth has seen a crescendo of deadly extreme weather, including heatwaves, droughts, floods and deadly storm surges made worse by rising seas.

Even taking into account voluntary national pledges to slash carbon emissions caused by burning fossil fuels, the planet is currently on track to warm by an unlivable 3 C to 4 C by century’s end.

But reaching that goal would mean reducing CO2 emissions by nearly half compared to 2010 levels within a dozen years, and becoming “carbon neutral” — with no excess C02 leaching into the atmosphere — by 2050.

The UN report also details humanity’s “carbon budget” — the amount of CO2 we can emit and still stay under the 1.5 C ceiling.

At current rates of carbon pollution, that budget would be used up within two decades.

Fabius, who said he had accepted an invitation to help Poland prepare for the December climate summit, insisted that the next two years are critical.

“Climate change is a near-term problem,” he said. “When you look at the tragic consequences, it is today, not in 50 years.”

“This is not a negotiation like any other,” he added. “If you fail, you cannot start over again.”