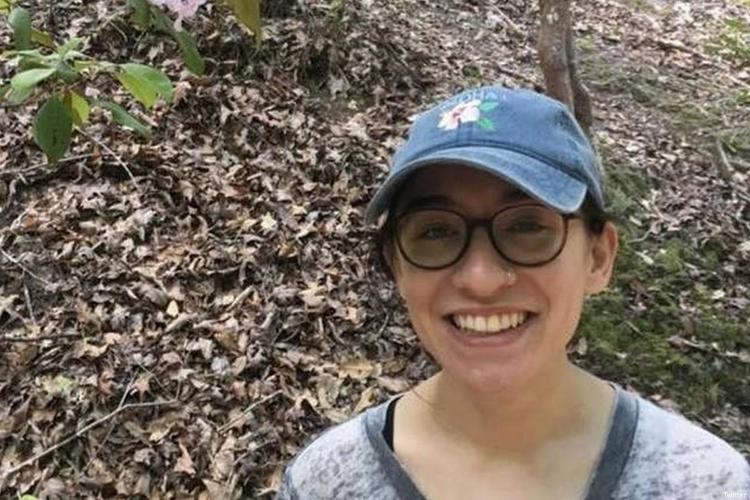 An American student has become the latest victim of Israel’s law targeting supporters of the global Boycott, Divestment and Sanctions (BDS) movement. Lara Alqasem, 22, has been held since last Tuesday at Israel’s Ben Gurion Airport.

Alqasem is a graduate of the University of Florida and a US citizen whose grandparents are Palestinian She tried to enter Israel to study on a Master’s degree programme at the Hebrew University in Jerusalem, having been granted a student visa by the Israeli Consulate General in Miami.

Upon her arrival at the airport, Israeli officials denied the student entry. Her “crime”, according to the Strategic Affairs Ministry, is that while studying for her bachelor’s degree in Florida, she was president of an organisation that supported the BDS campaign against Israel.

A special ministry report has been compiled about Alqasem and her political activities. It was labelled, somewhat dramatically, “Sensitive” and, according to Haaretz, includes information from five web pages. Four are from Facebook, apparently, but the bulk of the information used to detain her is from a website called Canary Mission. This notorious pro-Israel organisation blacklists activists and academics seeking justice for Palestinians, and has even been criticised by other pro-Israel groups for its aggressive tactics.

According to the same “sensitive” information, Alqasem worked with ten other members in the group to promote a boycott against an Israeli brand of hummus; supported an authors’ petition against the Israeli funding of a cultural centre; and called on an international security company to stop its activities in Israel.
#BDS

The Interior Ministry is reported to have denied the request of a group of lecturers from the Hebrew University to visit Alqasem at the detention facility, where she is being held until a final decision on her case is made. So far, only Alqasem’s lawyers have been allowed to visit her.

An official at the US Embassy in Israel said earlier on Sunday that it is aware of Alqasem’s detention. “We are aware of the case and our Embassy is providing consular assistance,” the official told Haaretz.

As of Sunday afternoon, supporters of the student have raised nearly $6,500 for her legal fund on a GoFundMe page.

Alqasem is the latest individual to fall foul of the Israeli law targeting supporters of BDS. In May, US civil rights activists were deported by the Israeli authorities following their detention at Ben Gurion Airport. The law has been slammed by human rights group, which have denounced the measure as “blatantly anti-democratic”.