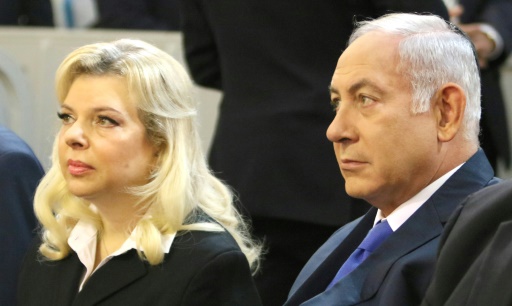 Jerusalem (AFP) – The wife of Israeli Prime Minister Benjamin Netanyahu went on trial Sunday for allegedly using state funds to fraudulently pay for hundreds of meals, part of a list of legal troubles facing the family.

The start of Sara Netanyahu’s trial was the latest chapter in a saga intensely scrutinised in Israel but dismissed by the Netanyahus as another “absurd” attempt to discredit them.

She smiled at her lawyers when entering the court and the session began with a hearing on whether the trial should be overseen by a panel of three judges instead of one, due to the case’s “public sensitivity”.

Attorney Yossi Cohen, leading her defence, said the prosecution request for an expanded bench was an attempt to take a simple case and “make it into a complicated drama”.

After a hearing of about around 40 minutes, the court adjourned until November 13, with the trial expected to run for months.

But judge Avital Chen hinted that he would prefer some form of plea bargain to avoid a drawn-out trial, telling the lawyers to “see if they can reach an agreement between them”.

He said the accused would not be required to appear in court at the November hearing.

On the issue of adding two more judges, he said he would inform the parties of his decision in writing.

Sara Netanyahu was charged with fraud and breach of trust in June. 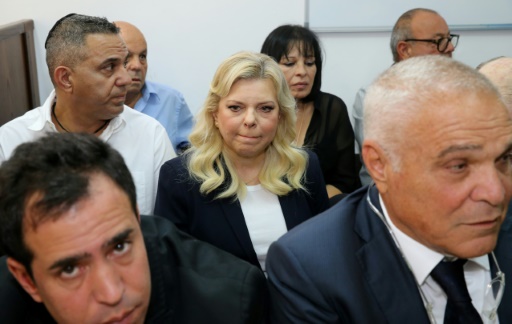 On trial with her is Ezra Seidoff, who ran the Netanyahus’ official Jerusalem residence at the time of the alleged offences.

He is charged with fraud and falsifying documents.

Prosecutors accuse them of misusing state funds to pay for catered meals costing $100,000 (85,000 euros) by falsely declaring there were no cooks available at the residence.

From 2010 to 2013, Sara Netanyahu, her family and guests received “fraudulently from the state hundreds of prepared meals”, the indictment read.

According to the charge sheet, the meals were ordered from a variety of well-known Jerusalem businesses, including an Italian restaurant, a Middle Eastern grill joint and a sushi establishment.

Netanyahu, 59 and a high-profile presence at her husband’s side throughout his long tenure, has denied any wrongdoing.

“For the first time in history, charges are being pressed against a leader’s wife over noodles and take-away containers from six to seven years ago,” a statement from her lawyers said Sunday.

The meals were ordered “against Sara Netanyahu’s will”, it said.

The case has again turned the spotlight on the Netanyahu family and past allegations of misbehaviour.

The premier himself faces possible charges in separate corruption investigations, leading to speculation that he will eventually be forced to step down.

Sara Netanyahu has previously been accused of pocketing cash from deposit refunds for empty bottles returned from the official residence.

She has also faced accusations of mistreating staff, and in 2016 a court awarded some $47,000 in damages to a former housekeeper who accused the couple of repeated workplace abuse.

The Netanyahus have hit back, calling the allegations grossly unfair smear attempts.

One particularly high-profile example occurred in 2017, when both the premier and his wife appeared in court in their libel case against a journalist’s claim that Sara Netanyahu kicked her husband out of the car during a row.

Benjamin Netanyahu testified that the story was a “ridiculous” fabrication.

The court later awarded the Netanyahus $32,500.

But there are potentially more serious allegations facing Benjamin Netanyahu.

On Friday, police quizzed him for a 12th time as a suspect in various cases.

In one of them he allegedly tried to secure a secret deal with the publisher of Israel’s top-selling newspaper Yediot Aharonot to ensure positive coverage in return for pushing forward a law that would have limited the circulation of a rival.

Another case involves suspicions that the premier and his family received luxury gifts from wealthy individuals in exchange for financial or personal favours.

There is also an ongoing inquiry into his ties with local telecoms giant Bezeq and its largest shareholder, Shaul Elovitch, according to Israeli media.

Police have recommended Benjamin Netanyahu be indicted in two cases, though the attorney general has yet to decide whether to do so.

Despite the ongoing investigations, Netanyahu has remained strong in polls and he is not obliged to step down if formally charged.

Stephen Weizman is a correspondent for Agence France Presse in Israel. His work has also appeared at Yahoo, Business Insider, France 24, Digital Journal, Times of Israel, Dawn and more.