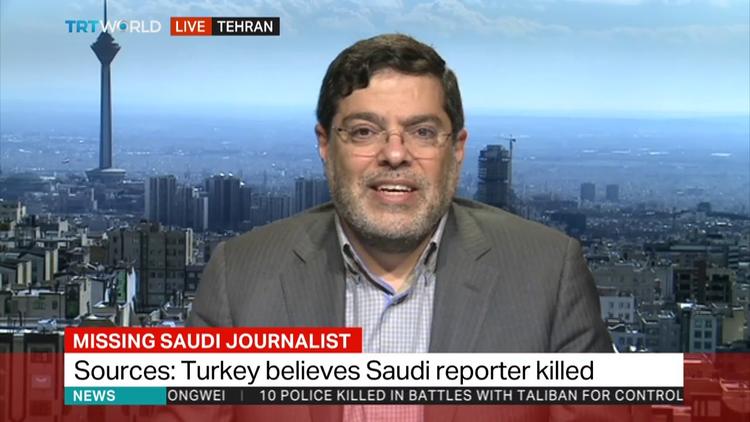 Ann Arbor (Informed Comment): According to the invaluable BBC Monitoring press surveys of Middle Eastern newspapers, the coverage of the murder of Saudi journalist Jamal Khashoggi in the Saudi consulate in Istanbul has differed enormously from country to country.

In Lebanon, which has a diverse and somewhat free press, former journalist and current cabinet member Paula Yaqoubian told al-Jadid TV, “I hope that Khashoggi is being detained and hasn’t been killed; but things are pointing towards murder. If this is confirmed, thank God for Hariri coming out [of Saudi Arabia] safe.”

She was referring to Prime Minister Saad Hariri, who was kidnapped last year by crown prince Mohammed Bin Salman on a visit to Saudi Arabia. The prince took his whole family hostage, implicitly threatening his wife and children, and forced Hariri to read a resignation letter on television. The Lebanese president, Michel Aoun, however, refused to accept the resignation, saying it had to be tendered on Lebanese soil to be valid. Eventually the intervention of French president Emmanuel Macron succeeded in freeing the Hariris. Yaqoubian is saying that MBS might well have murdered and chopped up Hariri the way he did Khashoggi. She is an independent MP.

Although Hariri serves as prime minister in a sort of national unity government with the pro-Iran Hizbullah party-militia, he is not pro-Iran, and that a bruited cabinet member has spoken so openly against Saudi Arabia, a long-time patron of the Hariri family, Lebanese Sunnis, signals how seriously people in Beirut are taking the Saudi action.

Tunisia has the freest press in the world, and its media have reported on Khashoggi’s murder, taking an at least slightly negative tone toward Saudi Arabia.

Most media in Egypt, ruled by a military junta and allied closely with Saudi Arabia, has attempted to defect blame from crown prince Mohammed Bin Salman onto Turkey itself, onto Iran or even onto Qatar, the object of a Saudi blockade. Much of the Egyptian press is a fact-free zone when it comes to anything touching on the Egyptian dictatorship or its allies, and there isn’t the slightest reason to doubt that the Saudis were behind the murder.

Mohammed Bin Salman has targeted Iran for boycott, Iran. It in turn has been scathing on the Saudi murder.

Hamid Baeidinejad, the ambassador to Britain of Iran, complained that Saudi Arabia has been shielded from criticism (he was implicitly blaming the UK and the US), allowing Riyadh to “stoke terrorism” and commit “human rights violations.”

Baeidinejad said in a Tweet of 12 October, “For far too long, Saudi Arabia has been shielded from criticism of its breeding of terrorism and grotesque human rights violations . . . Now, it appears that even Saudi critics are murdered – in broad daylight, and abroad.”

The domestic Iranian press reported widely that, according to the Turkish daily Yeni Safak, the crown prince’s personal bodyguards themselves carried out the alleged murder of Khashoggi.

Further, newspaper Jomhuri-e Eslami (centrist) quoted Hakan Cakil, the Turkish Ambassador to Lebanon, as asserting that bin Salman “has offered to pay $5b in bribes to President Erdogan to drop the investigation into Khashoggi’s fate.”

BBC Monitoring also reported, “Iran’s representative in the UN General Assembly First Committee, said that Saudi Arabia is a “Kingdom of Terror”, with even journalists not being safe from its terror activities.”