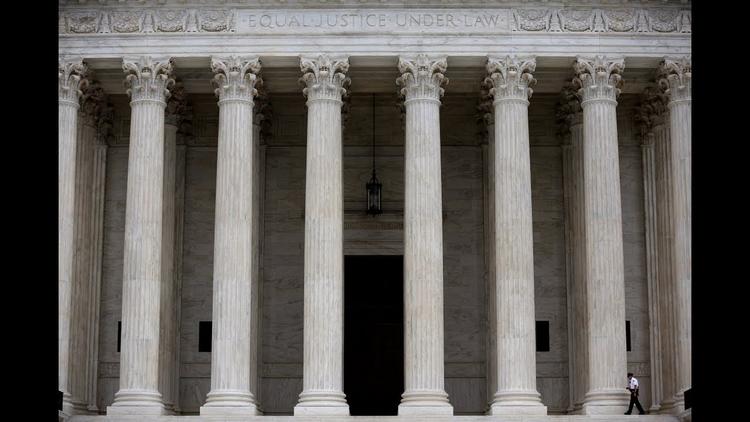 Senate Majority Leader Mitch McConnell treats the exercise of the democratic right peacefully to assemble as mob rule. This exercise in democratic liberty that McConnell abhors has been necessitated because our democracy is seriously flawed—thanks in part to the anti-democratic coups McConnell’s party and its allies have orchestrated.

The Supreme Court, though still the most respected of our institutions, is a major force adding to systematic injustice. How the Court has become so influential and so dangerous is a topic deserving much more attention than it receives.—especially if we hope to mitigate the damage.

One perhaps fortuitous outcome of the Kavanaugh confirmation may be the recognition that the Supreme Court is inherently political. The Court has inordinate power now, but we have chosen to give/allow that power. Potentially the view five justices hold regarding “interstate commerce” or “due process” could determine the fate of vital regulation for a generation to come. No serious democracy can surrender so essential a policy matter to five lifetime appointees to a tiny body largely shrouded in mystery.

Democrats themselves played a high price for so much reliance on the courts to achieve their goals. This was especially the case regarding abortion. Initially enacted in a few states, activists pushed for a Supreme Court ruling to extend reproductive rights to all states. They were successful, but at the price of failing to build up a team that could address the qualms of the many Americans who remained conflicted on the issue. Abortion along with other social issues helped politicize a whole generation of formerly apolitical fundamentalists, and reliance on the courts has left pro- choice liberals the necessity of playing catch-up ever since. In any case abortion rights won through the courts still cannot assure provision of the whole infrastructure of services and abortion alternatives needed if women were to have the resources and options to make a truly free choice. Republicans have been masters at chipping away those necessary prerequisites. Their performance reminds me of Andrew Jackson’s s line in a Native American land case: “John Marshall has made his decision, now let him enforce it.

”In pursuit of all their political goals Republicans have generally been more aware of the crucial role played by the states and other power centers in our federal system. They always pursued a multi- front strategy, relying on the courts as backstop for their corporate agenda but also systematically targeting state government, media, university boards, and federal legislative agendas.

Yale Law professor Sam Moyn argues: “According high stakes decision making to judges is most definitely not inevitable. The contingent situation of the United States where conservative and liberal elites jockey above all for the power of constitutional fiat the better to encode their policy views in fundamental law — saving themselves the trouble of popular approval and entrenching them against it — is not working well for progressives. Our response to Kavanaugh is therefore to abandon all hope that the empowerment of the higher judiciary serves good outcomes, or even provides a bulwark against terrible ones.

The neoliberal courts will be especially useful in sanctifying incursions by Republican ground troops. It is a mob if your ideological, partisan political opponents are protesting, however peacefully. It is “there are some good people on both sides” if your partisans and ideological supporters are roughing up your political opponents. I don’t remember any condemnation of the rough stuff Republican ground troops employed to block the 2000 Florida recount. George W Bush was the beneficiary of a coup staged by five Supreme Court justices and a group of paid thugs.

Pundits today talk of gridlock, and some see this gridlock as providing an opening for or demand of those two independent, largely opaque bodies, the Federal Reserve and the Supreme Court, that they enact a constructive, “moderate” agenda. I see both as instruments of a neoliberal consensus shared by most centrist Democrats and business- friendly Republicans. This consensus is the source of desperation and anxiety of many poor and working class citizens. This consensus includes insurance industry sponsored health care, military expansion, corporate controlled labor markets, financial deregulation, further corporate consolidation, Social Security and Medicare privatization, and bank bailouts., fossil fuel subsidies, further tax favoritism of the rich, and deregulation and decriminalization of environmental and workplace abuses. All these are to be backed by a heavily militarized police.

These priorities are not shared by a majority of Americans. The priorities are being advanced by corporate lobbies and with the collaboration of a court system that has been packed with socially conservative neoliberals. The fight over Kavanaugh is over, but absent progressive narratives and agendas more working class citizens will add fuel to the authoritarian demagogue’s dangerous coalition. It is time to learn from Republicans. Winning the next election—at all levels – is crucial. If Democrats win in 2018 and 2020, progressives within the Democratic Party should not hesitate to advocate packing the court,. As with FDR in 1937 Left Democrats should argue: they are merely making up for prior Republican manipulation. And they could follow FDR’s assertion that “there is no basis for the claim made by some members of the Court that something in the Constitution has compelled them regretfully to thwart the will of the people.” It was necessary, he argued, to change the Court “to save the Constitution from the Court”–save it as a document of democratic self-rule. (I am quoting Jedediah Purdy, who is quoting FDR,)

The suggestion will doubtless be rejected by the party’s still dominant neoliberals. Its advocates will be reminded that the Court pack scheme represented a major setback for FDR. In fact the historical record is ambiguous. Following defeat of the Court reform proposal no subsequent New Deal legislation was declared unconstitutional. Merely planting the idea might remind citizens just how political that body is.

The problem with the court is not that it is political. Its politics are antithetical to democracy. This rigidly reactionary bias, however, does not mean the Democratic left should pay no attention to the Court. Given the central, almost iconic place of the Court in popular consciousness, neglect of the Court would be as much of a mistake as exclusive reliance on it. Duke Law professor Jedediah Purdy argues:” the way to address politicization…is not de-politicization but counter-politicization, which I think is the lesson of history. I’ve argued for a jurisprudence that picks up new politically led awareness of the absolute importance of ballot access, the centrality of economic power to law and social order, and the urgency of addressing structural racialized inequality, the carceral state, and the special vulnerability of non-citizens.”

Such a jurisprudence is more likely to assume prominence as part of a broad political movement operating in many venues and employing a range of nonviolent strategies and tactics. The Court can inflict its damage only if the many of us who will be injured by its actions fail to collaborate and organize against its destructive pursuits.