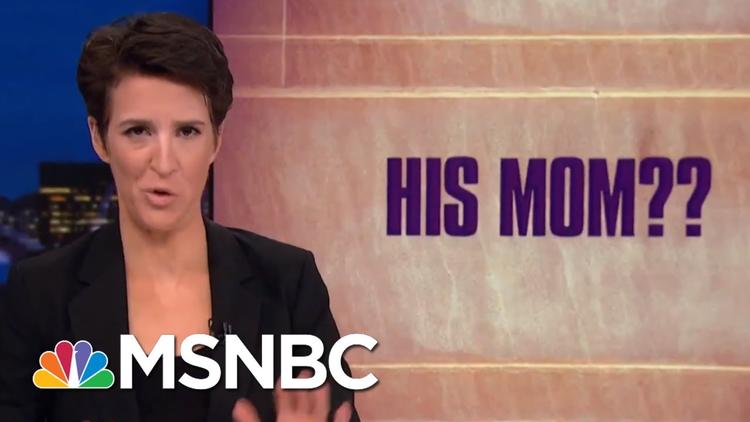 1. Republican activist Jacob Wohl allegedly set up a phony company called “Surefire Intelligence,” charged with paying supposed women victims of Special Counsel Robert Mueller to allege sexual abuse. Wohl used his own email address to set up the site, and give his mother’s telephone number as the contact. Anonymizing is difficult on the Web, but Wohl wasn’t even trying. And if you are going up against the former director of the FBI with a covert op, being this transparent is political suicide. Wohl was ill advised to be the one to announce the scame beforehand:

Very credible allegations are set to be made against Robert Mueller — The MSM is scrambling! They're accusing me of offering to pay accusers with ZERO PROOF and ZERO EVIDENCE!

2. According to the New Yorker’s Jane Mayer, Wohl used his own photoshopped image for a profile photo. I’ll bet you he used his own computer to start the shell company so that his IP address was recorded, as well.

Odd. Jacob Wohl says he doesn't know nuttin' about Surefire Intelligence, the firm tied to the bizarre Mueller allegations. Take a look at the photos below of Mathhew Cohen, head of 'Surefire,' and of Jacob Wohl. pic.twitter.com/Q1rAW4wkPO

3. The Atlantic’s Natasha Bertrand acquired an email from woman identifying herself as Lorraine Parsons, “who told journalists that she had been offered roughly $20,000 by a man claiming to work for a firm called Surefire Intelligence— which had been hired by a GOP activist named Jack Burkman—’to make accusations of sexual misconduct and workplace harassment against Robert Mueller.'” This is a mistake on Wohl’s part inasmuch as he appears to have had “Simon Frick” share ‘way too much information with the alleged victim, who then was in a position to share it with the press.

4. Bertrand says that “Simon Frick” of Surefire, whose profile photo at Linkedin is stolen from actor Christopher Walz, next approached Jennifer Taub, a professor at Vermont Law School. But “Frick” didn’t do any homework and it turns out that Taub didn’t know Mueller, though she commented on him as a guest on CNN. Law professors are not usually targeted for scams, so this incident actually strengthens the case. But who offers law professors $20,000 to commit perjury?

5. The date on which “Surefire” alleged Mueller engaged in sexual abuse in his office, Aug. 2, 2010, Mueller went to Washington, D. C., for jury duty.

As an attempt to sully Mueller’s reputation, this sting operation was even less artful than Saudi Arabia’s attempted cover-up of the murder of dissident journalist Jamal Khashoggi!

Wohl, a big Trump fan, says he began as a teenage hedge fund manager, and called himself ‘Wohl of Wallstreet.’ But it turns out that he is under investigation for the way he ran his accounts, according to the Daily Beast. Kelly Weill at DB adds, “A series of Craigslist ads solicited models to flatter his potential clients and a set of salacious websites registered to his name promoted models called ‘Wohl Girls,’ one of whom alleged that Wohl posted her pictures without her permission.”

If Wohl is behind the attempted Surefire fraud on Mueller, perhaps his biggest and sixth mistake was simply being completely unprincipled.